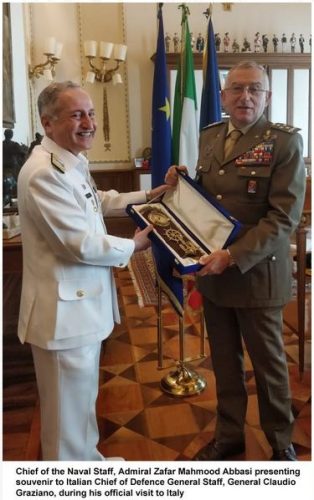 Italian dignitaries appreciated the role and contributions of Pakistan Navy in spearheading various initiatives for maintaining peace and stability and lawful order at sea. Both sides agreed and looked forward to further enhancing the interaction between Pakistan and Italy in the diverse fields of training, mutual visits, port calls and defence collaboration.