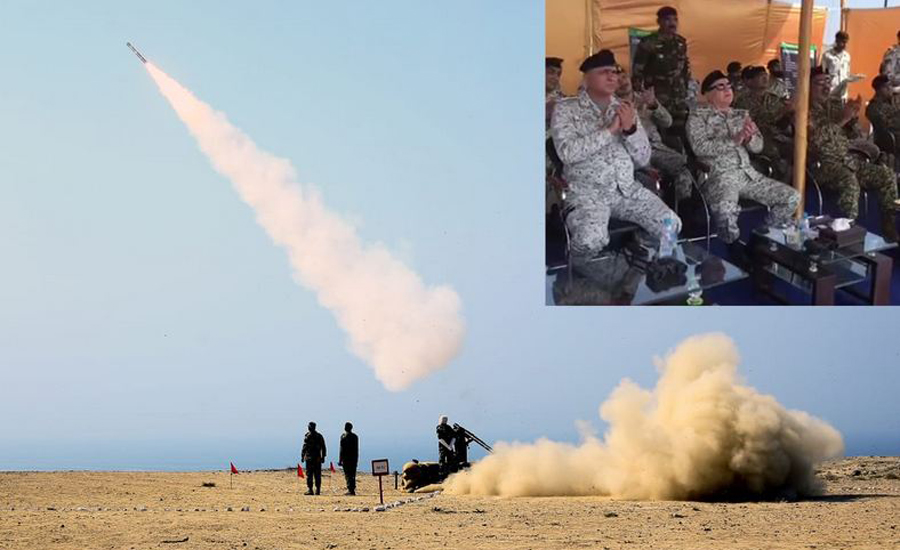 KARACHI (92 News) – With a view to witness the operational readiness of the troops during ongoing major Maritime Exercise SEASPARK 2018, Chief of the Naval Staff Admiral Zafar Mahmood Abbasi visited naval units and installations on Makran Coast, including Gwadar, Turbat and Jinnah Naval Base at Ormara. Upon arrival at HQ COMWEST at Gwadar which is entrusted with Defense and Security of Gwadar Port, a lynchpin of CPEC, through effective employment of Task Force-88, Chief of the Naval Staff was received by Commander Coast, Rear Admiral Moazzam llyas and Rear Admiral Faisal Rasul Lodhi, Deputy Chief of Naval Staff (Operations). A comprehensive brief was presented on operational deployment of assets along the west coast to maintain Coastal Security and Harbour Defence and Ground Based Air Defence of designated areas. Subsequently, CNS Zafar Abbasi witnessed live weapon firing of ground based surface to air missiles, wherein, firing of three different types of Air Defence Missiles was demonstrated. 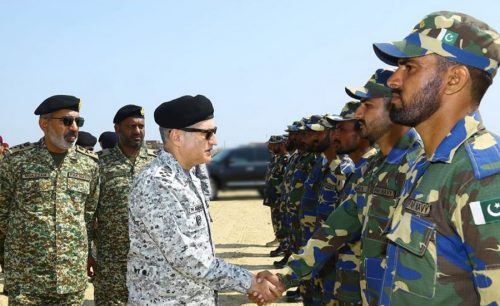 The CNS also visited Business Centre Gwadar Free Zone. While interacting with Chinese officials, the Admiral expressed Pakistan Navy's resolve to ensure protection of Gwadar Port against all asymmetric threats and said that Gwadar is cardinal to China-Pak Economic Corridor (CPEC) and Sea lanes/ routes connecting Gwadar with international markets are extension of CPEC. Later during the day, Chief of the Naval Staff visited Turbat and Jinnah Naval Base Ormara. Upon arrival, Chief of the Naval Staff was received by Commander Pakistan Fleet Rear Admiral Muhammad Amjad Khan Niazi. During the visit, Naval Chief was given detailed overview/ briefings on the ongoing operational activities at Coastal Stations Turbat and Ormara. 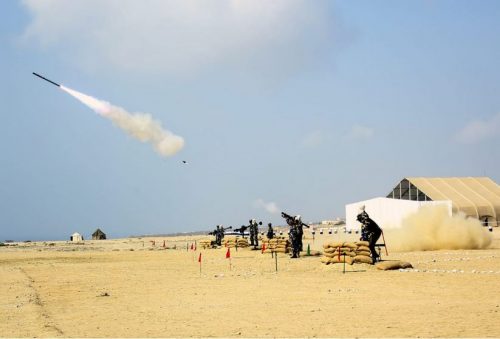 The CNS also interacted with the troops at various stations and expressed his satisfaction on the professional excellence and high morale of the troops in ensuring impregnable defence of the motherland and reaffirmed the resolve of Pakistan Navy to ensure seaward defence of Pakistan and safeguard national maritime interests at all costs. He reiterated that any misadventure by the enemy will be thwarted with an iron fist.