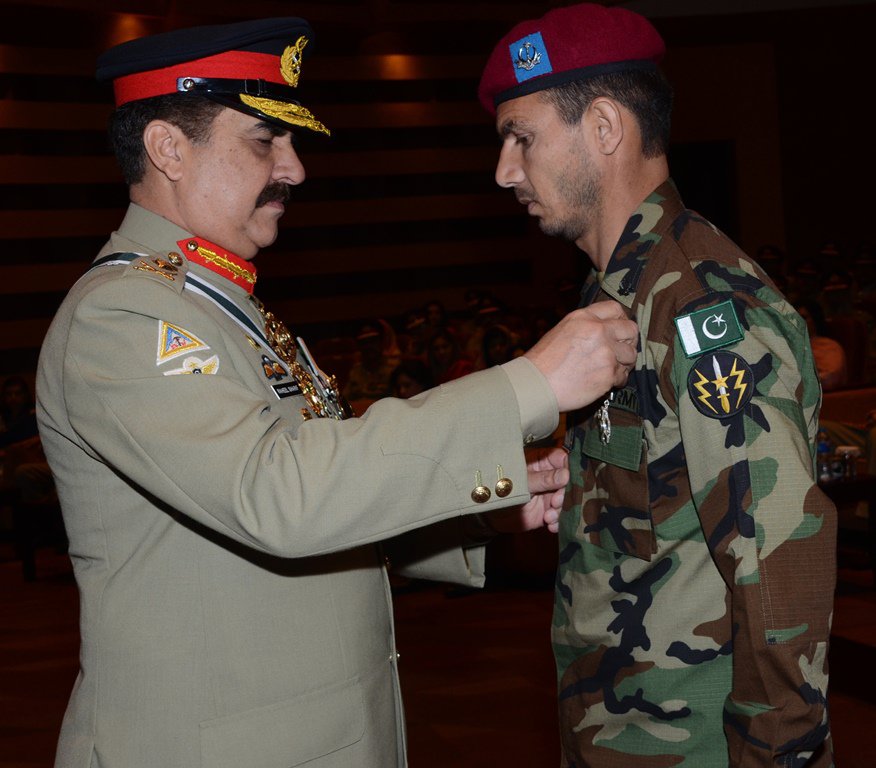 RAWALPINDI (92 News) - Chief of Army Staff (COAS) General Raheel Sharif conferred military awards to Army personnel on Tuesday. According to a press release by the Inter Services Public Relations (ISPR), the army personnel were conferred awards for acts of gallantry in the ongoing operation Zarb-e-Azb in an investiture ceremony, held at the General Headquarters. Thirty officers and soldiers were awarded Tamgha-e-Bisalat, thirty-three officers were awarded Sitara-e-Imtiaz (Military), and one soldier was awarded United Nations Medal. Medals of Shuhada were received by their family members. A large number of military officials and relatives of Shuhada and Ghazis attended the ceremony.