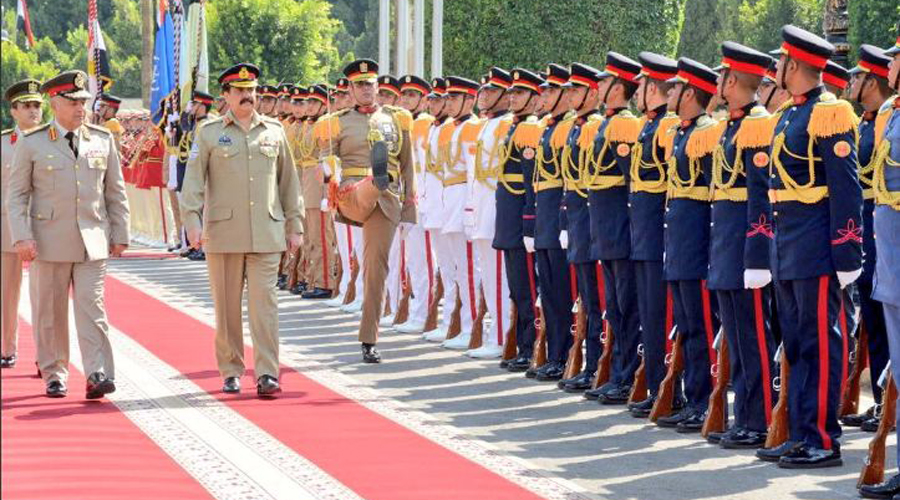 CAIRO (92 News) – Chief of Army Staff General Raheel Sharif arrived in Cairo, Egypt on a two-day official visit on Monday. He was presented the guard of honour at Army Headquarters. Later, he met the Egyptian chief of staff and defense minister separately. They discussed Pak-Egypt military-to-military relations, enhanced defense and security cooperation and collaboration, and training exchanges. 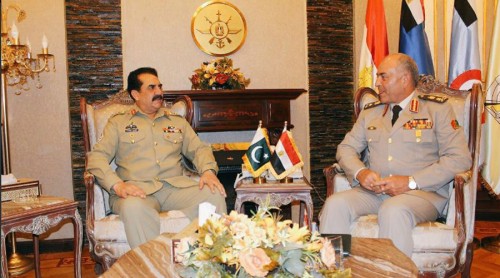 Both sides vowed to synergize all efforts and resources to fight and eliminate terrorism. 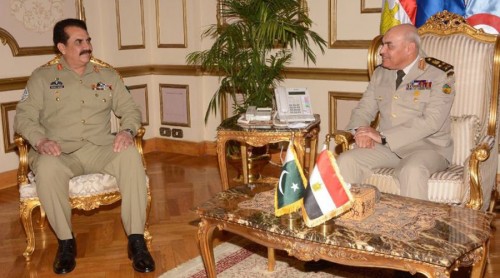 The Egyptian leaders expressed special interest in benefitting from Pak Army's experience in all facets of fighting terrorism, including counter improvised explosive device.