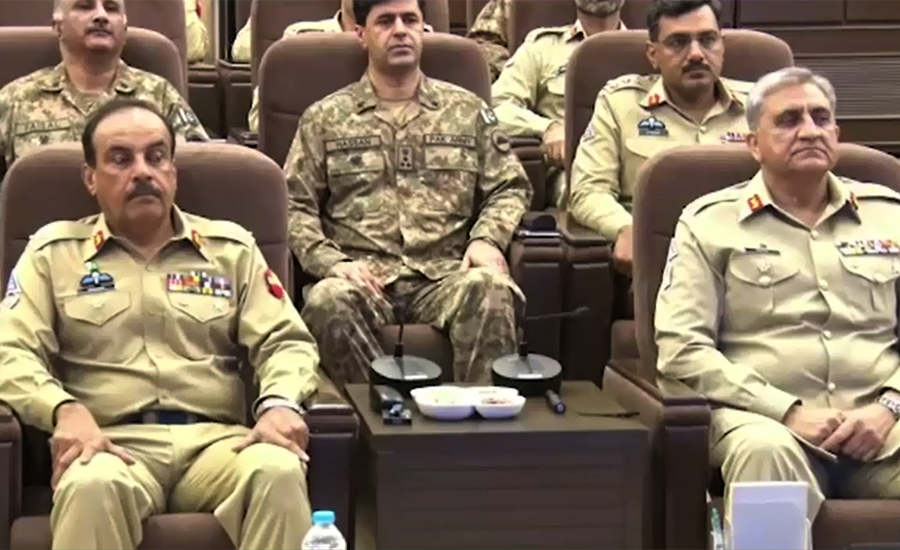 RAWALPINDI (92 News) – Chief of Army Staff (COAS) Gen Qamar Javed Bajwa visited Headquarters Rawalpindi Corps on Friday. According to a press release issued by the ISPR, the COAS was given a comprehensive briefing on prevalent situation along LOC/Line of Actual Contact (LAC) and operational preparedness of the formations. Expressing his satisfaction over operational preparedness and response to Indian CFVs, the COAS said: “There cannot be any let up for our preparedness for response to a perpetual threat to our eastern border, including LOC / LAC.” Earlier, Lieutenant General Nadeem Raza, Corps Commander 10 Corps, received the COAS on his arrival at Corps HQ.