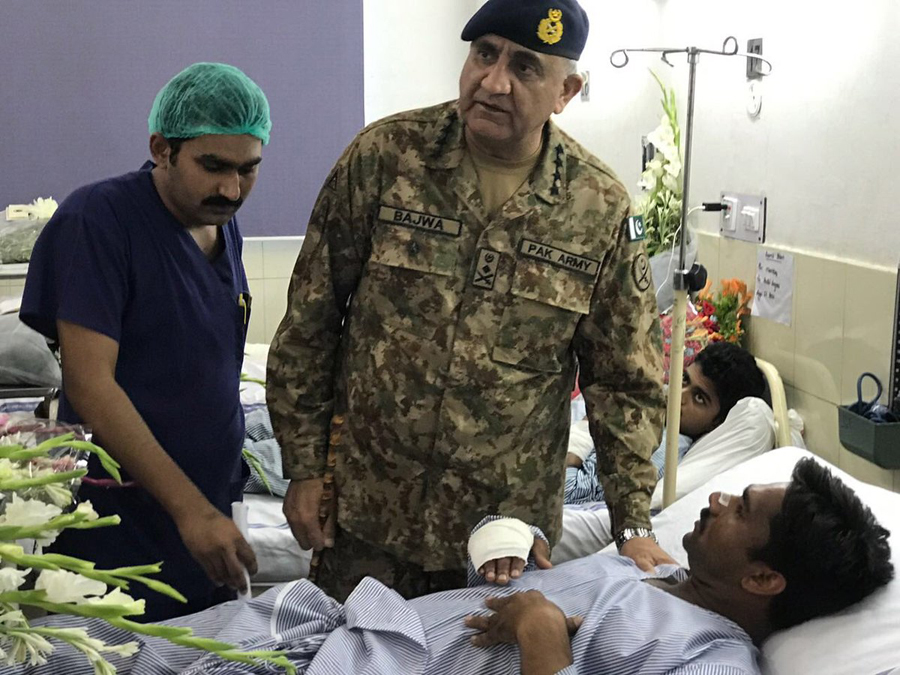 LAHORE (92 News) – Chief of Army Staff (COAS) General Qamar Javed Bajwa chaired a security meeting at Headquarters Lahore Corps on Tuesday. According to a press release issued by the ISPR, he was given a detailed update on the Operation Raddul Fasaad and the Lahore blast. Expressing his grief with victims and their families, the COAS said that such incidents could not lower their resolve to eliminate terrorism from its roots. “We are making gains in breaking connectivity between terror masterminds and their facilitators/ executors,” he said. The COAS said that the Army fully supports and stands with the police and other law enforcement agencies towards performance of their role as first responders. “We have fought against terrorism as a nation and key to success is national participation by reporting every suspicious activity to security forces,” the COAS said, adding that regional actors and hostile intelligence agencies were fully involved to use terror as policy tool. “Concurrent blasts in Kabul and Lahore are testimony of our stance that both Pakistan and Afghanistan are victims of terrorism and will continue to suffer if these actors are able to use Afghanistan territory with impunity.” The COAS reiterated that Pakistan is ready to help Afghanistan eliminate terrorist safe heavens in their border areas as they have done on their side. Later, the COAD inquired after the people injured in the blast at General Hospital. Lieutenant Gen Sadiq Ali, Commander Lahore Corps, and the IGP Punjab were also present.