RAWALPINDI (92 News) – Chief of Army Staff General Raheel Sharif has on Thursday visited Shawal Area in North Waziristan and reviewed the progress of operation Zarb-e-Azb According to a statement issued by the ISPR, COAS Gen Raheel Sharif was briefed by the operation commander about operational gains so far and the impending operations. The COAS was also briefed that the deeply forested ravines of Shawal Valley and area ahead of Data Khel which have been frequent infiltration routes of terrorists between Pakistan and Afghanistan, is now the last bastion of terrorists left in North Waziristan. General Raheel Sharif directed to commence forthwith the last phase of operation in North Waziristan which aims at clearing the remnants of terrorists from their hide outs in deeply forested ravines, isolate them and indiscriminately sever their links with their abettors anywhere across the country. The COAS expressed complete satisfaction over the gains and effects of operations and acknowledged the resolve of troops to fully eliminate terrorists from their left over sanctuary. COAS General Raheel Sharif commended their high state of morale and paid rich tributes to their resilience and sacrifice. The COAS said that sacrifices of soldiers will not go waste and we will achieve the ultimate goal of a terror free Pakistan. 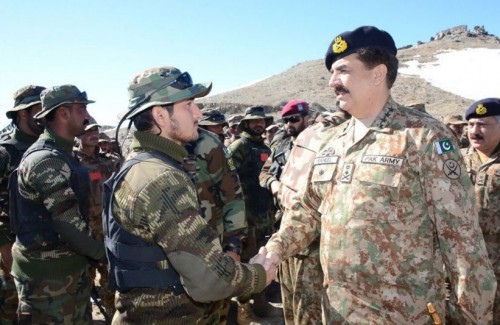 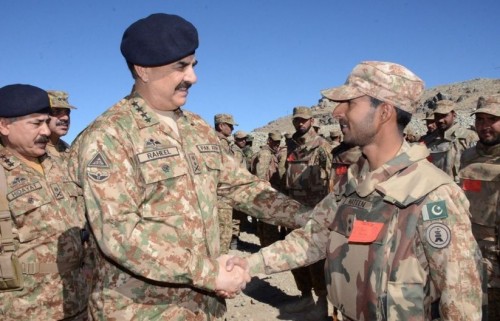