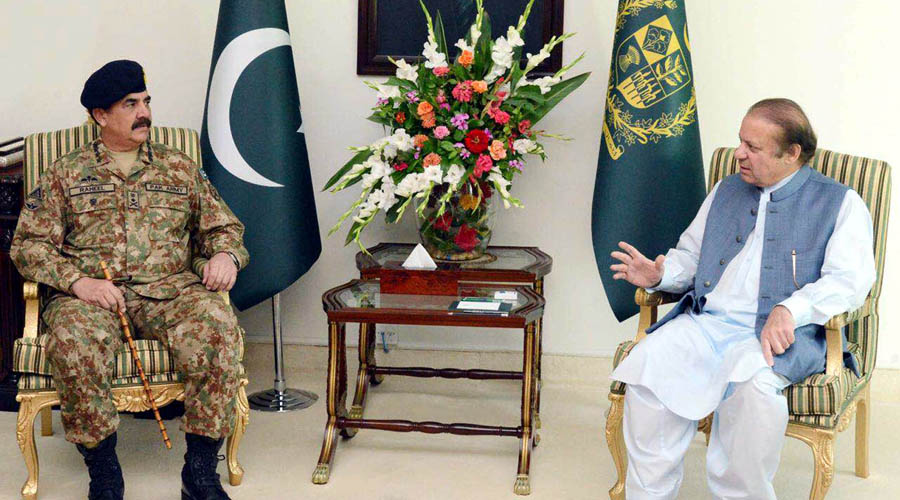 ISLAMABAD (92 News) – Chief of Army Staff General Raheel Sharif called on Prime Minister Nawaz Sharif at PM House on Thursday. They discussed internal security and regional situation. Sources revealed that the COAS briefed the PM about his visit to China. The COAS took the prime minister into confidence for security of the CPEC and ongoing steps being taken in this regard. The COAS also informed the prime minister about the steps taken to eliminate terrorism. Prime Minister Nawaz Sharif appreciated the steps taken by the Pak Army for the completion and security of the China Pakistan Economic Corridor. They agreed that Pakistan would continue its role for peace and stability of the region.