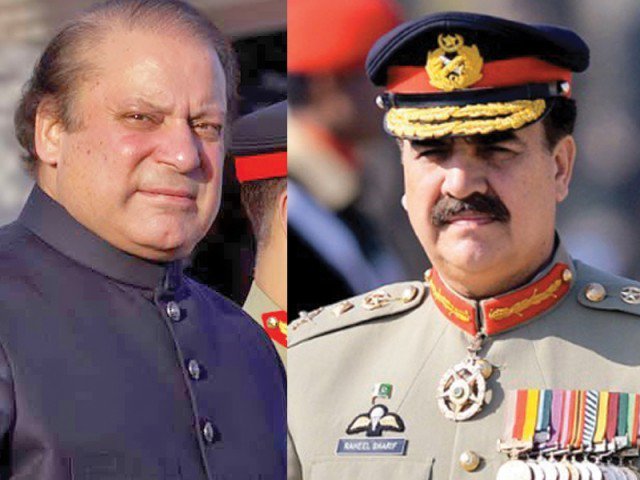 ISLAMABAD (92 News) – Chief of Army Staff General Raheel Sharif has on Monday met with the Prime Minister Nawaz Sharif in a one-on-one meeting and agreed to stop cross border terrorism and intelligence sharing with the Afghan government. During the meeting maters relating to implementation of decision taken during the high-level meeting and law and order situation came under discussion. Sources said that the situation in Balochistan and Afghanistan were also discussed. They agreed to cooperate with the Afghan government regarding the terrorists coming from across the border.