CAIRO (92 News) – Chief of Army Staff General Raheel Sharif met with Egyptian President Abdel Fattah el-Sisi and discussed regional security situation and emerging security challenges with him. According to the ISPR, the Egyptian president acknowledged Pak Army's successes in fighting terrorism and Pak efforts for regional stability. The COAS emphasized the need for the world and Muslim Ummah to unite in fighting the menace of terrorism. 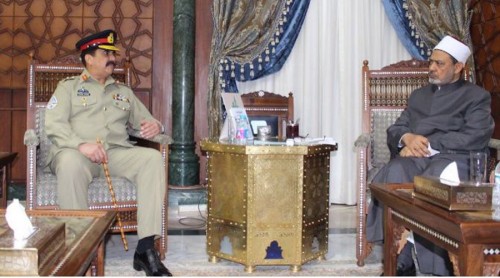 Later, the COAS met Sheikh-ul-Azhar in Al-Azhar University who appreciated Pak efforts towards eliminating terrorism. He emphasized the need to harness Muslim youth towards enlightenment, technological advancement, moderation and harmony. 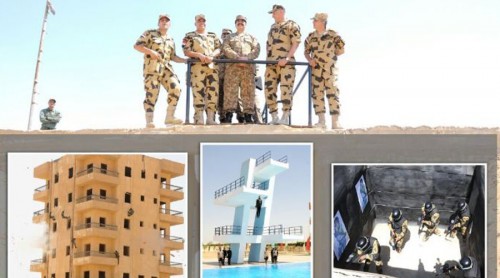