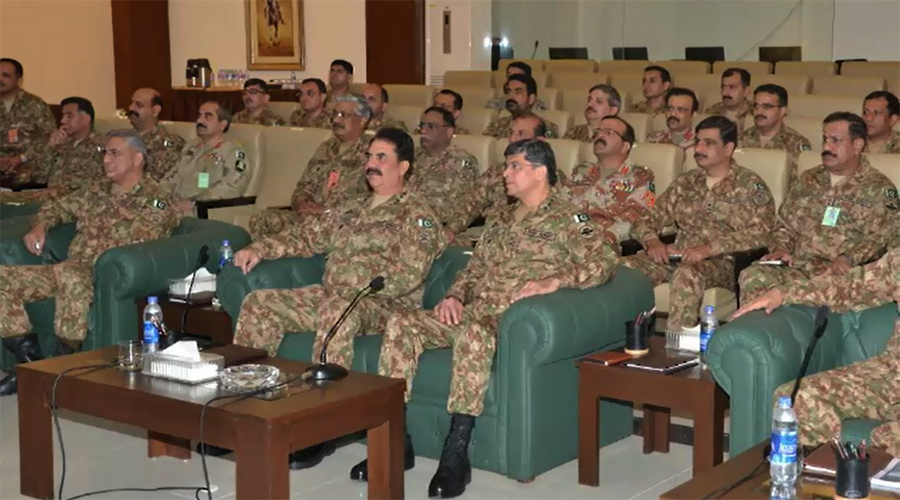 KARACHI (92 News) – COAS General Raheel Sharif visited Corps Headquarters Karachi and attended the ongoing Exercise "Resilient Response" of Southern Command. He was briefed in detail about the conduct and conclusions of the exercise encompassing both defensive and offensive operations. Talking to the participants, COAS expressed his complete satisfaction over enhanced battle worthiness and operational preparedness of formations. Later, COAS also presided over a security conference which was attended by Corps Commander, DGISI, DGMI, DGMO and DG Rangers. Appreciating the accomplishment of security forces and intelligence agencies for improved law and order situation in the city, COAS directed to continue focused operations in conjunction with other LEAs and provincial government for complete restoration of peace for common citizens of Karachi.