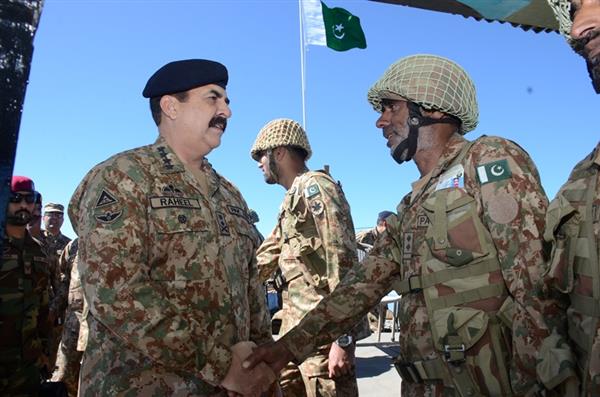 RAWALPINDI (92 News) – COAS General Raheel Sharif visited forward locations at LOC and met with soldiers deployed on the front lines. Wishing Eid Mubarak in advance to officers and troops, the COAS appreciated their high state of morale, professionalism and valiance while defending motherland and giving a befitting response to Indian unprovoked firing. The COAS said Indian continuous ceasefire violations at LOC and working boundary is an unsuccessful attempt to distract Pakistan from fight against terrorism. He said Pakistan Army is a battle-hardened Army which has successfully handled two different kinds of war and is capable of defending every inch of the motherland. 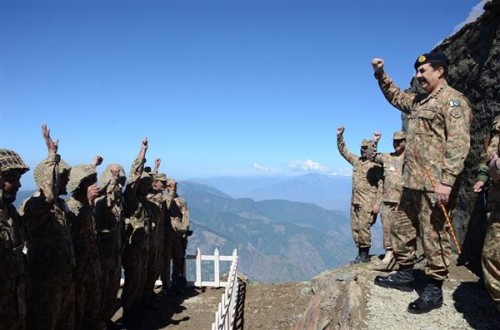 Expressing solidarity with the civilians living along the LOC, CAOS paid rich tributes to their resilience and sacrifices while braving the Indian aggression. He reiterated that Pakistan Army will provide all necessary assistance to all civilians affected by Indian unprovoked firing along LOC. 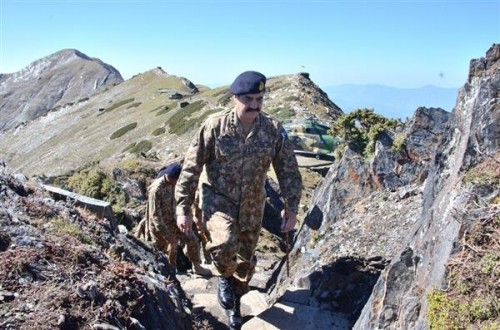