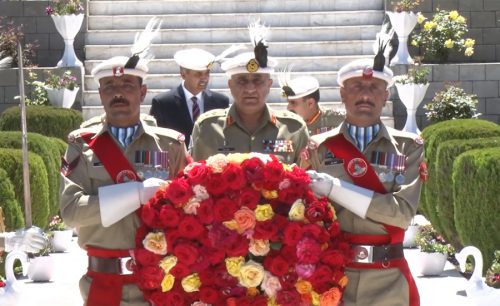 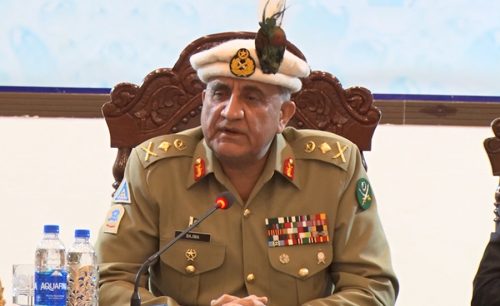 Upon his arrival, the COAS laid a floral wreath at martyrs’ monument. The COAS appreciated the contributions and sacrifices of NLI Regiment for the defence of motherland. 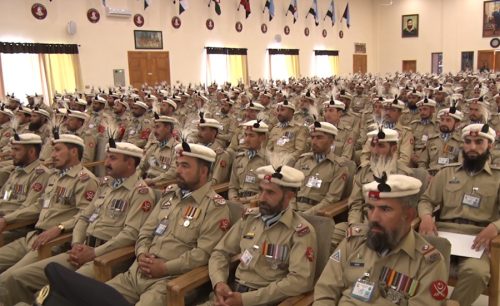 NLI Regiment is one of the most decorated Regiments of Pakistan Army with numerous gallantry awards including two Nishan-i-Haider.

Earlier on Monday, Imam-e-Kaaba Shaikh Abdul Elah Al-Juhani called on Chief of Army Staff (COAS) General Qamar Javed Bajwa and both the leaders agreed to boost efforts for peace among Muslim Ummah. According to the Inter-Services Public Relations, Imam-e-Kaaba stressed the need for boosting efforts to enhance peace and harmony in the Muslim world. During the meeting, Imam-e-Kaaba Sheikh Dr Abdullah Awad Al Juhany said expressed that Pakistan has a momentous place in the Muslim Ummah and appreciated the country’s positive role for regional peace and stability. The ISPR further said that both the leaders expressed satisfaction over the brotherly relations between Pakistan and Saudi Arabia.