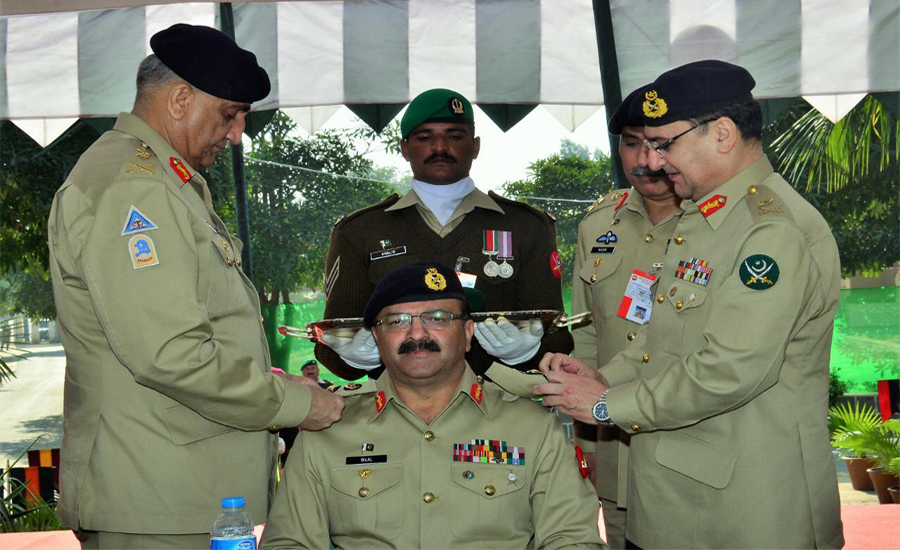 RAWALPINDI (92 News) – Chief of Army Staff General Qamar Javed Bajwa visited Mujahid Centre, Bhimber on Friday. According to a press release issued by the ISPR, the COAS installed Lt Gen Bilal Akbar as Colonel Commandant Mujahid Force. A large number of serving/retired officers, including from Mujahid Force, were present on the occasion. Later while interacting with officers and soldiers of Mujahid Force, COAS appreciated contributions and sacrifices of Mujahid Force particularly along the Line of Control.