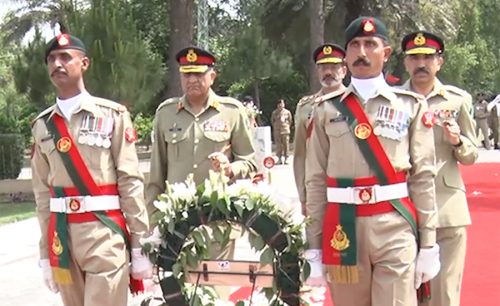 According to a press release issued by the ISPR, Outgoing Colonel of AK Regiment Lieutenant General (Retd) Hidayatur Rehman, Commander Rawalpindi Corps Lieutenant General Bilal Akbar, a large number of serving and retired officers and soldiers attended the ceremony. Upon his arrival, the COAS laid a floral wreath at martyrs’ monument. 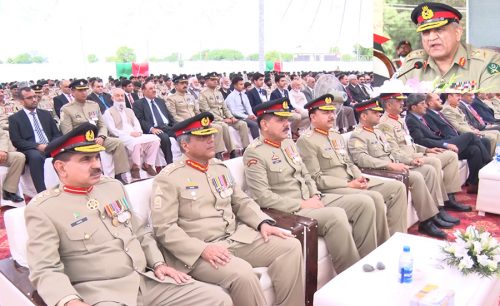 The COAS appreciated the contributions and sacrifices of AK Regiment for the defence of motherland during conventional as well as in war against terrorism.

Earlier on April 24, Chief of Army Staff (COAS) General Qamar Javed Bajwa inaugurated the National University of Technology (NUTECH). According to the ISPR, NUTECH Rector Lieutenant General (Retired) Khalid Asghar briefed the COAS about academic activities and strategic education plan of the university. The COAS lauded the role and hard work of NUTECH management in successful launch of the university in a short span of two years and advised to maintain high standards of education at the university. He also appreciated the concept of NUTECH being ‘University for Industry’. As NUTECH envisions creation of leaders of character for industry and skilled workforce for economic development of Pakistan, the COAS appreciated effective creation of university-industry linkages. He assured full support to NUTECH in building its future main campus on the outskirts of Rawalpindi/ Islamabad which will accommodate 30,000-50,000 students. The COAS also appreciated FWO for support in establishing initial campus for NUTECH within Construction Technology Training Institute (CTTI) premises.