According to a press release issued by the ISPR, the COAS met foreign military teams participating in 2nd Pakistan Army Team Spirit Competition (PATS) being held near Mangla from April 1 to April 5. 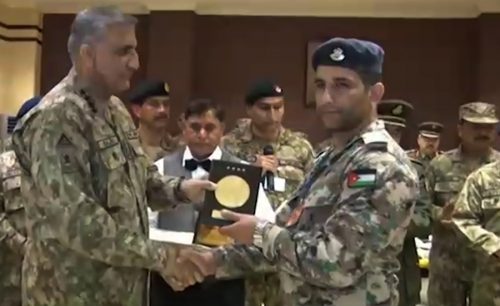 The competition is aimed at testing survival skills and physical endurance spread over 72 hours and include 23 field events focusing on counter terrorism operations.

The COAS interacted with foreign teams and highlighted importance of physical fitness and spirit of team work. “Terrorism is affecting the world and requires collective response approach.” 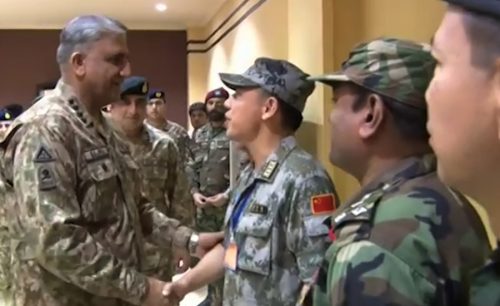 Gen Bajwa said that Pakistan is a peace-loving country and has significantly contributed to peace and stability. “The world acknowledges our efforts in this regard and your presence here is the evidence. Those who propagate to isolate Pakistan should see how Pakistan is actually valued and honored by our global friends,” he maintained.