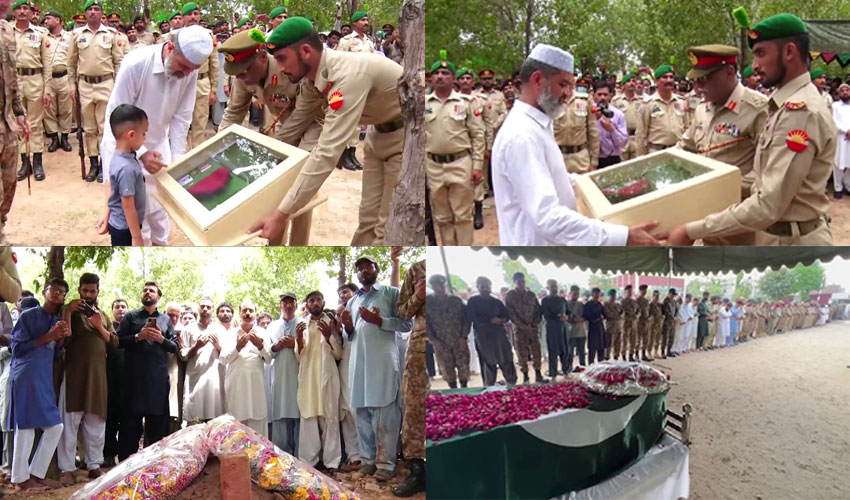 The Pakistan Army contingent presented the guard of honour. The martyr was buried with full military honours. The Commander Rawalpindi Corps presented nation flag to martyr's father. Floral wreaths were laid on the grave of the martyrs.

Funeral for Naik Mudassar Fayyaz was offered at Shakargarh, Narowal.

The General Officer Commanding Sialkot Garrison, senior military and civil officials including DPO and DC Narowal attended the funeral. The Pakistan Army contingent presented the guard of honour. A national flag was presented to his heirs and floral wreaths were laid.

Funeral for Maj Saeed was offered at Larkana. Commander Logistics Pannu Aqil Garrison, serving  senior officers, soldiers, relatives of the martyrs and a large number of people from civil society attended the funeral. A national flag was presented to the martyr's father. Later, the martyr was buried with full military honours.