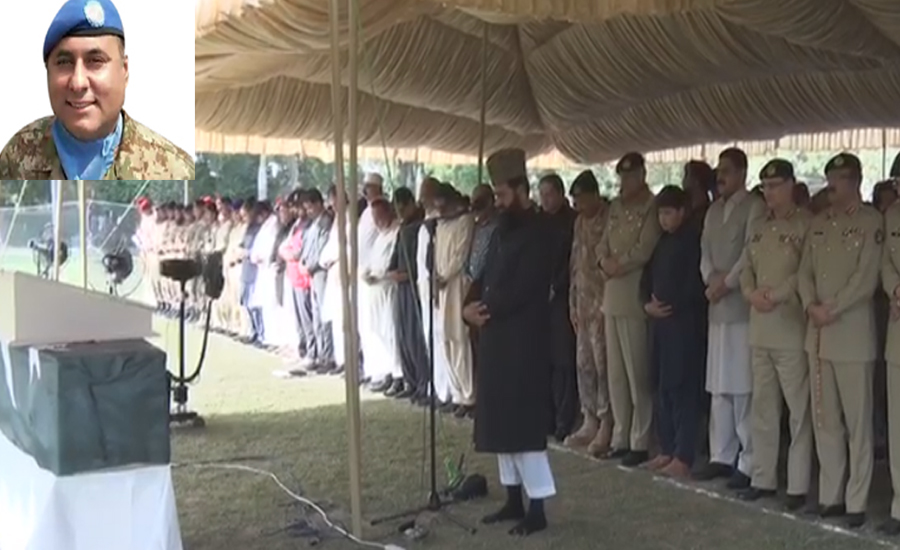 Colonel Sohail Abid embraced martyrdom during an operation in Killi Almas, Balochistan, in which high-value target of banned terror outfit Lashkar-e-Jhangvi and two other terrorists were killed. According to the ISPR, Chief of Army Staff General Staff also participated in the funeral prayers. Later, Colonel Sohail Abid was buried with full military honours in Bhara Kahu.

COAS Qamar Bajwa said: “When a soldier sacrifices his life I lose part flesh of my body, that night is always difficult to pass. But we remain fully determined to sacrifice anything and everything for the defence of our motherland.” He said that the operation night is the most difficult night in his life. “We are determined to sacrificing everything to defend the motherland,” he said. Earlier, his funeral prayers were offered in his native village in Vehari. A large number of people, including army officers, lawmakers and locals, attended the funeral.

The funeral prayers were led by eminent scholar Qari Abid Mehmood. Talking to the media, Garrison Commander Mailsi Jawad Amad Zaka said that Col Sohail Abid's martyrdom will not go in vain, adding that his matyrdom has further enhanced the morale of army. Raja Abid Abbasi, father of the martyred Col Sohail Abid, said that his son has raised their head by sacrificing his life for the homeland.