According to a press release issued by the ISPR, matters of mutual interest, regional security situation and cooperation in military and maritime domains were discussed during the meeting.

The COAS reiterated that both countries share great history of cordial relations and deep rooted spirit of brotherhood, which has transformed into an enduring partnership. "The current situation in Afghanistan and its bearing on regional peace and stability also came under discussion," he added.

The visiting dignitary appreciated Pakistan’s role in Afghan situation, especially the assistance in successful evacuation operations and pledged to continue working with Pakistan for regional peace. 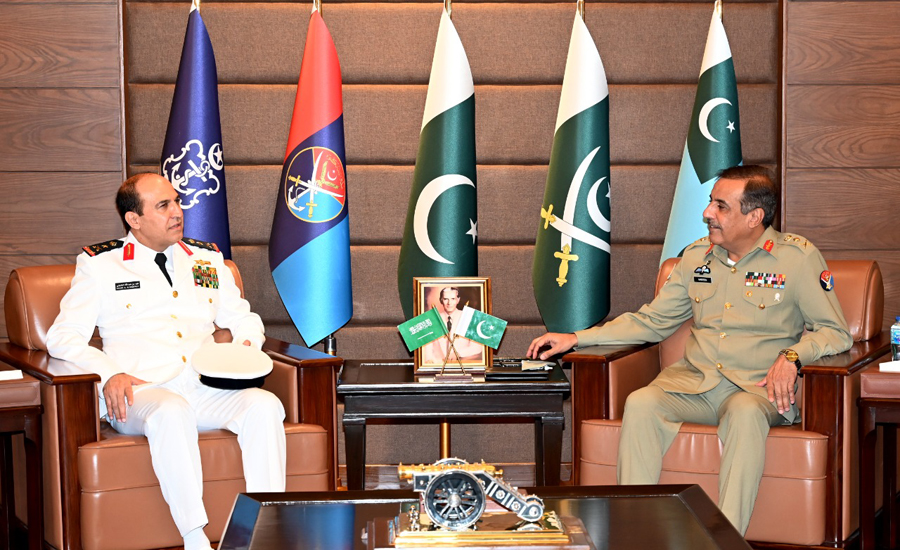 Besides security, regional issues, particularly the latest development in Afghanistan, matters related to enhancing the level and scope of bilateral military engagements and cooperation in various fields between the two brotherly countries were discussed during the meeting.

The Chairman JCSC emphasized the need to further enhance the existing defence and security cooperation between both brotherly countries and said that Pakistan-KSA cooperation will have positive impact on peace and security in the region.

The visiting dignitary remained appreciative of the sincere efforts of the Pakistan Armed Forces in bringing peace to the region especially the Afghan peace process. They also acknowledged the sacrifices made by Pakistan in the war against terrorism.

The Chairman JCSC thanked the dignitary and said that the Pakistan Defence Forces greatly values its close brotherly ties with the Kingdom of Saudi Arabia.