During the meetings, issues of mutual interest and regional security situation came under discussion. The COAS offered Pakistan's complete support in achieving shared interests in bilateral security cooperation, including training and capacity building.

Later, delegation level talks were also held where current developments in Afghan Peace Process, Border Security and necessary steps to be undertaken to facilitate an Afghan-led and Afghan owned peace process were discussed.

Matters of mutual interest, overall regional situation including Afghan peace process and bilateral cooperation in various fields were discussed. Both reiterated the desire to further enhance bilateral relations including efforts for peace and security in the region. 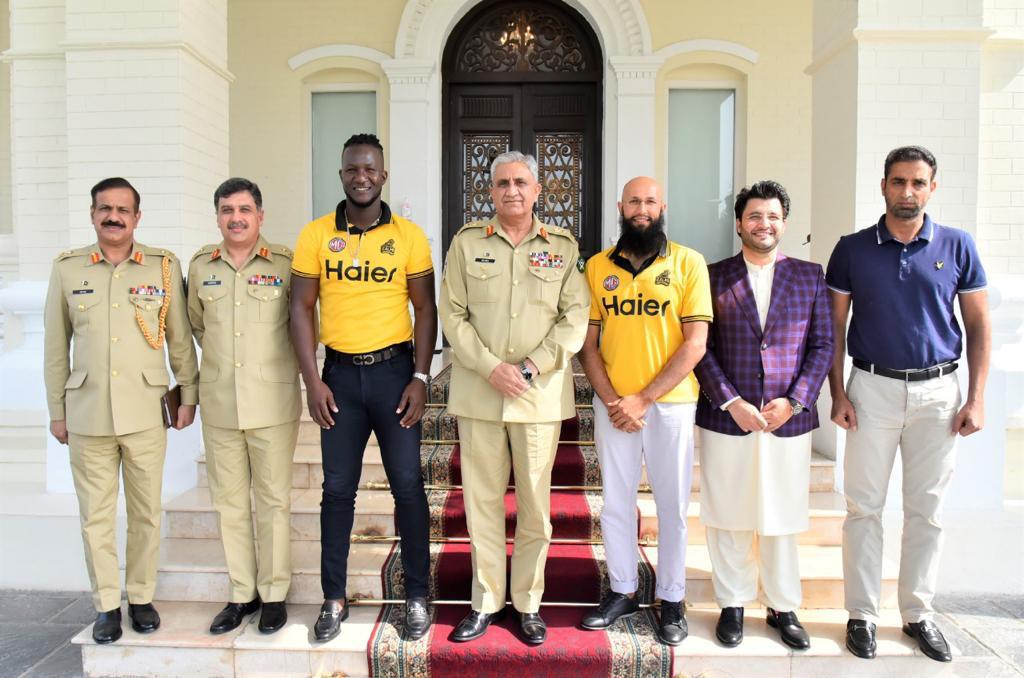 According to the ISPR, COAS Qamar Bajwa also held a meeting with cricketers Darren Sammy, Hashim Amala and Muhammad Akram.