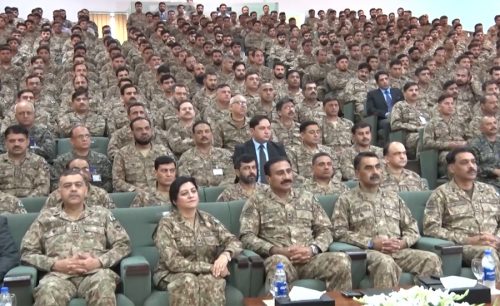 “Counterterrorism (CT) operations have made the Pakistan Army battle hardened. I am proud of my officers and soldiers who have lived up to the expectations of the nation. We stay steadfast,” said COAS Qamar Bajwa, as saying. 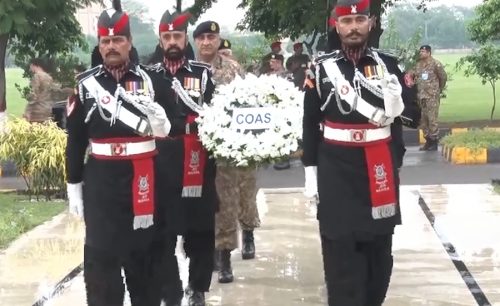 Deteriorating IOJ&K situation is a threat to regional peace: COAS

Chief of Army Staff General Qamar Javed Bajwa visited Headquarters Gujranwala Corps where he was briefed about operational preparedness, said DG ISPR Maj Gen Asif Ghafoor on Friday. “Solidarity displayed by the nation with Kashmiri brethren during Kashmir Hour today is a strong message to the world. Deteriorating situation in Indian Occupied Jammu and Kashmir (IOJ&K) is a threat to regional peace,” said the COAS.

On August 28, Chief of Army Staff General Qamar Javed Bajwa visited the formations of Strike Corps. In a tweet, DG ISPR Maj Gen Asif Ghafoor said that the COAS was briefed on the state of operational preparedness. “Strike Corps has critical and decisive role in war. Your state of preparedness, training standards and high morale are very encouraging which enhance the confidence,” he quoted COAS, as saying.