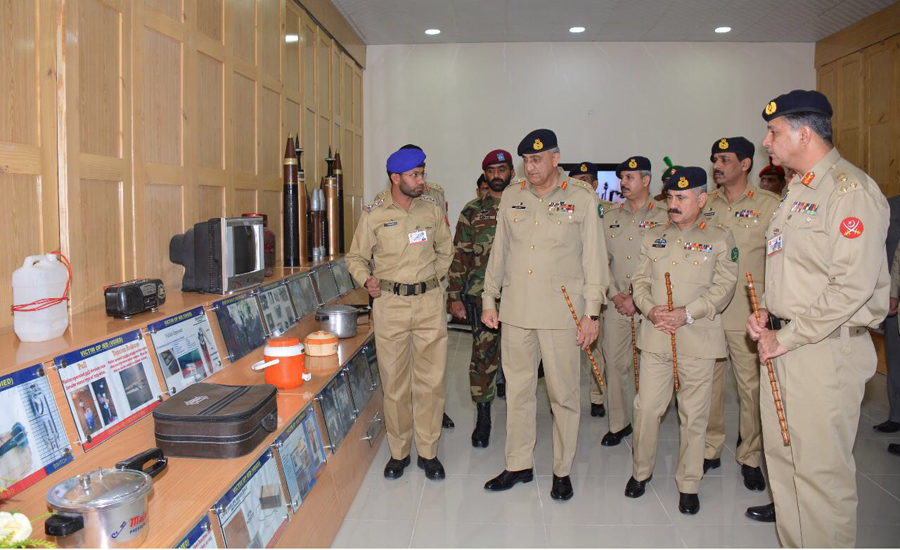 RAWALPINDI (92 News) – Chief of Army Staff General Qamar Javed Bajwa visited the Junior Leaders Academy Shankiari on Wednesday. According to the ISPR, the COAS was given a detailed briefing by the commandant. JLA is a premium Army institution which imparts training on basic professional skills and leadership traits to Junior Commissioned officers (JCOs) and Non Commissioned Officers (NCOs) of Pakistan Armed forces as well as from number of friendly foreign countries. On the directions of COAS, the Academy is being upgraded as “Centre of Excellence for the Junior Military Leadership” with enhanced capacity and facilities. Speaking on the occasion, COAS said that training of junior leaders is extremely important as in modern warfare they have a critical role to play. The COAS also interacted with the faculty and was pleased to see young officers from FATA and Malakand as instructors. IGT&E Lieutenant General Hidayatur Rehman and Commander Rawalpindi Corps Lieutenant General Nadeem Raza were also present during the visit.