RAWALPINDI (92 News) – Chief of Army Staff (COAS) General Qamar Javed Bajwa visited Pano Aqil where he was given detailed briefing on operational preparedness of the desert formation training in field.

According to a press release issued by the ISPR, the Army Chief witnessed training of formation at Field Firing Ranges, Salehpat. The participating troops demonstrated integrated battle drills by various components as part of defensive battle in desert, including fire and manoeuvre. 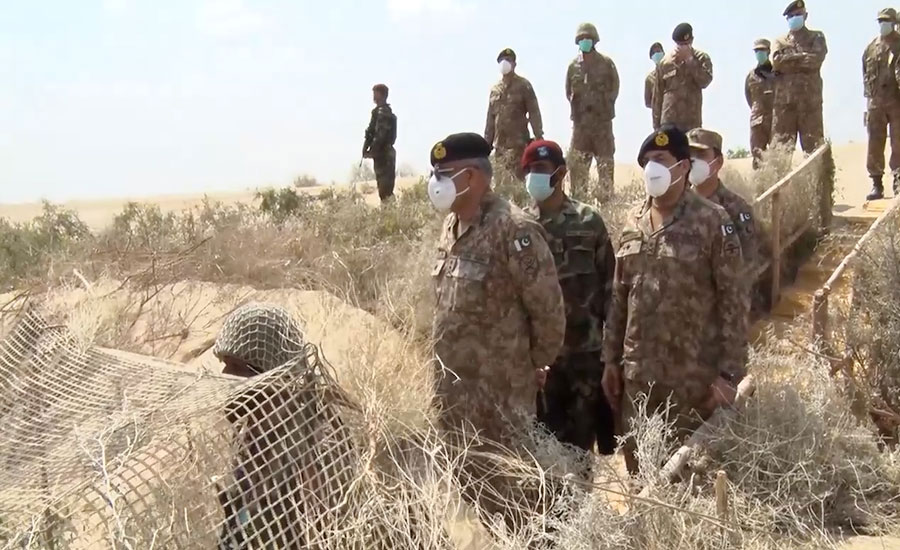 Interacting with troops, the COAS appreciated their combat readiness, training standards and high morale while training under such tough conditions.

Chief of Army Staff said that effective integration of various arms and services during training is imperative for befitting response to adversary during war. 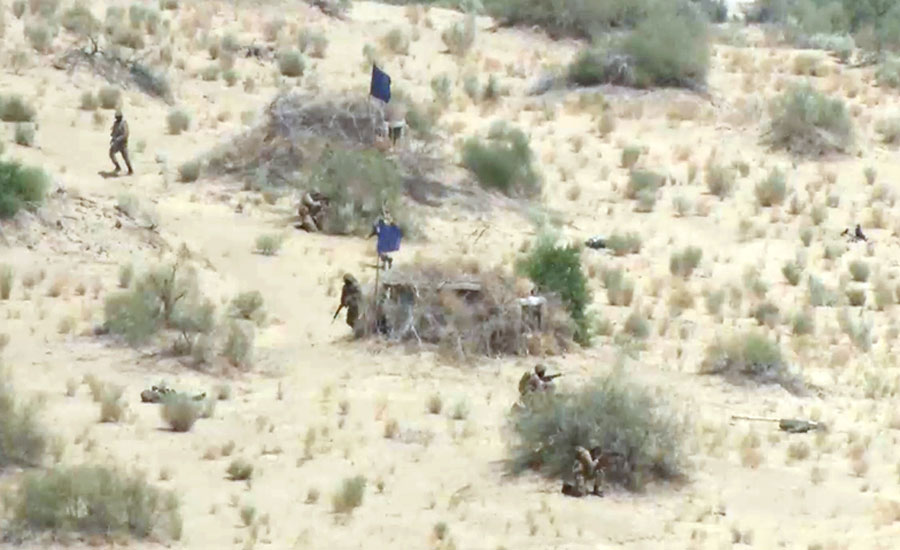 Later, the Army Chief visited family of Sepoy Hizb Ullah Jatoi Shaheed, in village Dattar Dino, Pano Aqil, who embraced martyrdom on 5th of this month in an IED attack on FC troops in Quetta. 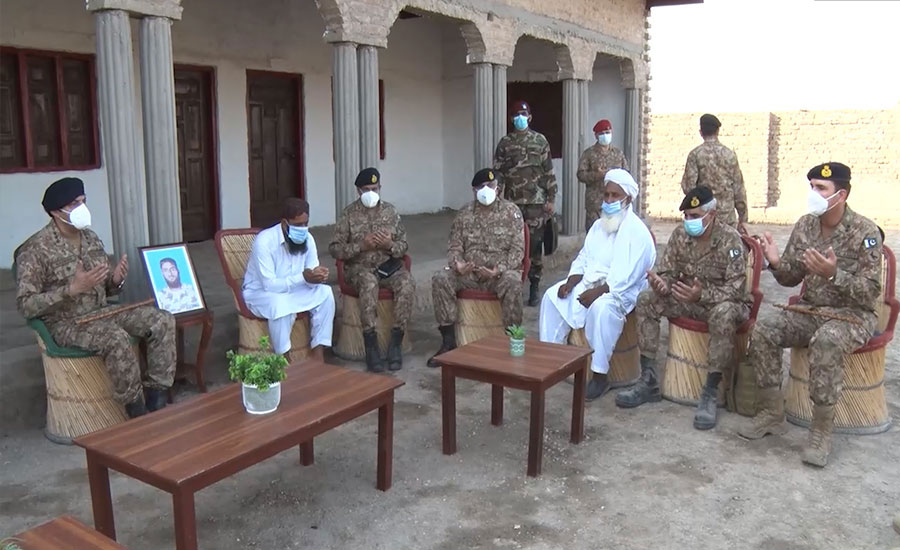 The Army Chief inquired about well-being of the family and directed officials concerned to ensure welfare of the families of Shuhada, who have sacrificed their lives for defence of motherland.