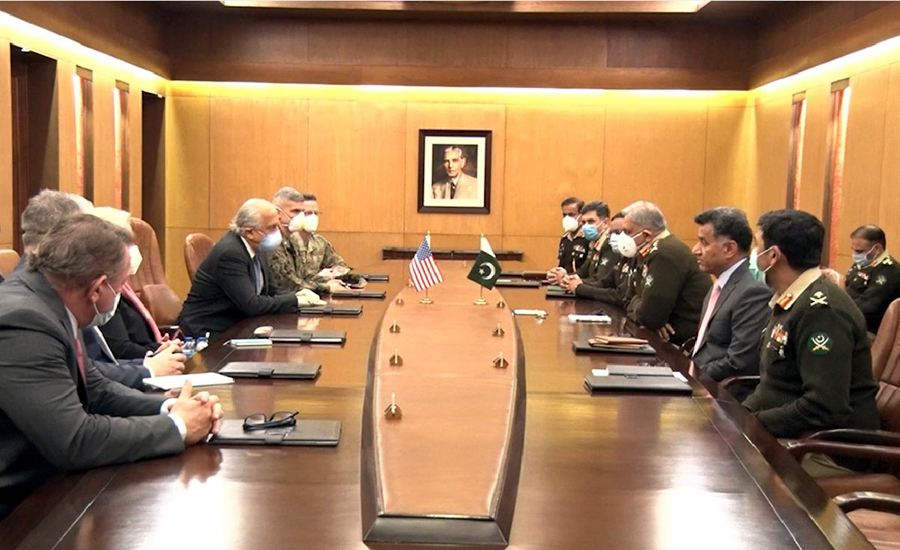 According to a press release issued by the ISPR, matters of mutual interest, including overall regional security situation with particular reference to ongoing Afghan reconciliation process, were discussed during the meeting.

Both reaffirmed the commitment towards the common goal of peace and stability in the region and agreed on continued engagement at multiple levels.

The visiting dignitary acknowledged Pakistan's ongoing efforts for enduring peace in Afghanistan and the region.