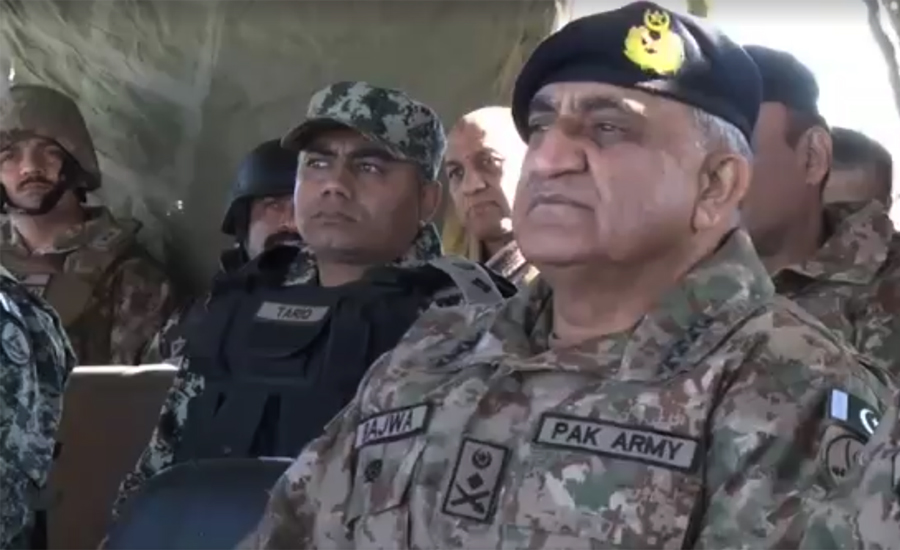 RAWALPINDI (92 News) – Chief of Army Staff (COAS) General Qamar Javed Bajwa visited Pak-Afghan Border in Bajaur Agency on Wednesday. According to a press release issued by the ISPR, the COAS was given a detailed briefing regarding ongoing efforts to effectively check terrorist infiltration routes from across the border, progress on fencing and construction of new forts / posts along the border and development of new tracks to facilitate local public. While interacting with troops, the COAS appreciated their high morale and effective border security which resulted in denying maximum cross border attack attempts by terrorists. Later, the COAS met Ulema of FATA / KPK at Peshawar. The COAS lauded their support in fight against terrorism and acknowledged their contributions for peace and harmony. Ulema unanimously condemned terrorism and pledged their continued support to efforts of security forces for bringing peace and stability. The COAS said that Pakistan belongs to all Pakistanis without any religious, provincial, tribal, linguistic, ethnic, sectarian or any other identity. Commander Peshawar Corps was also present.