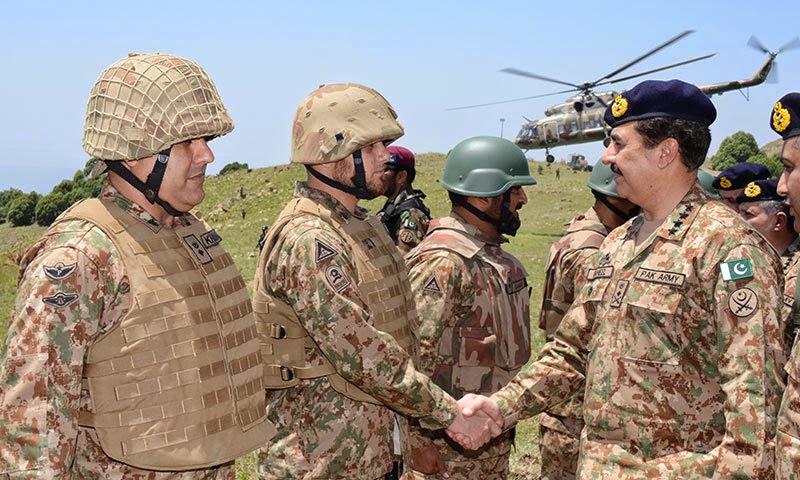 QUETTA (92 News) – Chief of Army Staff (COAS) General Raheel Sharif reached the provincial capital on a day-long tour on Wednesday. According to ISPR, the COAS participated in a high-level meeting to discuss the security situation in the province. He also visited the Frontier Corps (FC) Headquarters where he was briefed by FC IG Major General Sher Afgan about the security operations being carried out in the province.