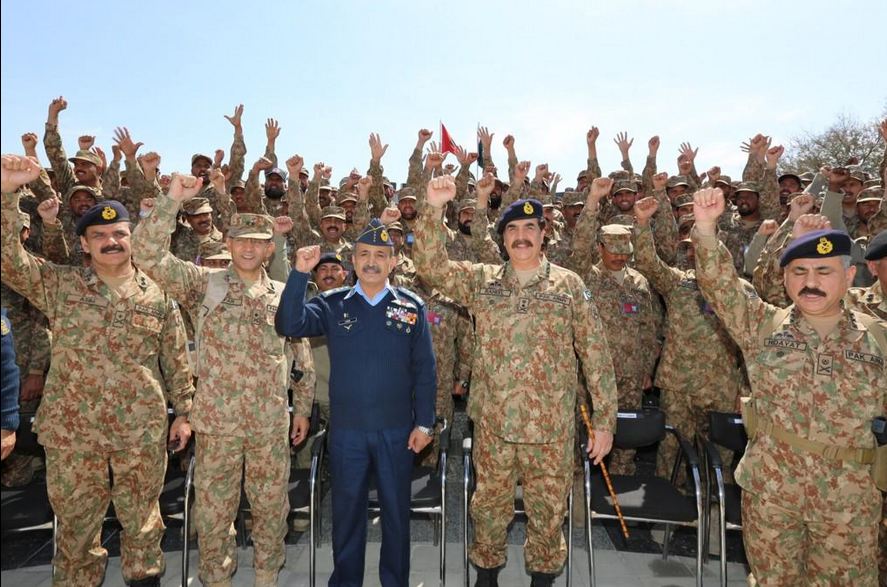 RAWALPINDI (92 News) - Chief of Army Staff General Raheel Sharif on Thursday reaffirmed his commitment in the fight against terrorism and said Army will not stop until the job is finished to rid Pakistan from all types of terrorism. According to Director General Inter-Services Public Relations (ISPR) Major General Asim Salim Bajwa, the Army chief made this statement during his visit to North Waziristan Agency to review the progress in operation Zarb-e-Azb. DG ISPR said the COAS was accompanied by Air Chief Marshal Tahir Rafique Butt, both the chiefs were briefed on the operation’s progress, and future plans to clear the area of all terrorists. Army chief vowed that the terrorists have no place to hide and they will be hit wherever they are found. The army chief and air chief acknowledged that a new level of “jointness” between the army and air force had been achieved in the ongoing operation. Bajwa said the efficacy of the use of air power with ground operation was also appreciated.