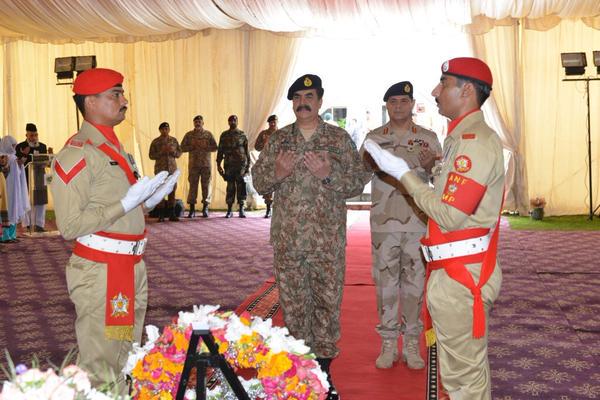 RAWALPINDI (92 News) - Chief of Army Staff General Raheel Sharif has said the government will break the nexus between drug dealers, financiers and perpetrators of terrorism. Speaking after his visit to Anti-Narcotics Force Headquarters in Rawalpindi on Monday, he said that drug peddlers and those involved in its production are as much detrimental to national security as terrorists. "Drug money is being used for promotion of terrorism also and therefore it is important that drug dealers are dealt with iron hands," he said. "We will not these drug barons to negatively influence and spoil our future generations.' Earlier, the army chief was given a detailed briefing by Director General ANF Major General Khawar Hanif, on various aspects related to ANF operations to counter drug smuggling. General Raheel Sharif appreciated ANF’s endeavors on record seizures in 2014 and 2015 which helped in curbing the menace domestically and internationally. He also valued achievements of the force in maintaining Poppy Free Status for Pakistan.