RAWALPINDI (92 News) - Chief of Army Staff General Raheel Sharif on Wednesday appreciated the role of tribal brethren for their support to wipe out terrorists from their areas. According to Director General Inter Services Public Relations (ISPR) Major General Asim Saleem Bajwa, the COAS visited frontline troops to review the progress of ongoing operations, including Zarb-e-Azb and Khyber 2, in the Khyber Agency. The COAS resolved to fully eliminate terrorism and restore peace in the country. “We will not allow terrorists to return ever.” General Raheel Sharif said the nation highly values the sacrifices and stands with the armed forces. He paid rich tribute to soldiers who embraced martyrdom while fighting against terrorists. He directed to continue the operations to take them to logical conclusion. 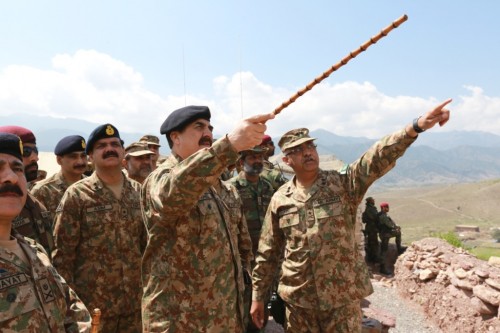 The COAS was briefed that area infested with IEDs were mostly foreign-made and 392 IEDs were neutralized by Special Engineers Unit. He was told that 35 soldiers embraced martyrdom since the start of Khyber 2 operation. It was told that terrorist' strongholds had been reduced and fight in progress was in the last few pockets close to the Afghan border. The COAS was apprised that noose had been tightened around terrorists who now cannot escape. 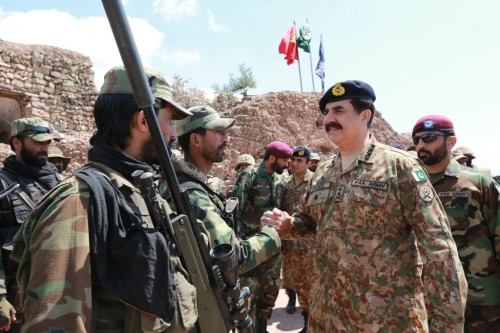 Also, 263 terrorists were killed after being surrounded in Tirah valley, Khyber Agency, from all sides. DG ISPR added that morale of the troops was sky high as COAS reviewed phenomenal progress so far in eliminating terrorists.