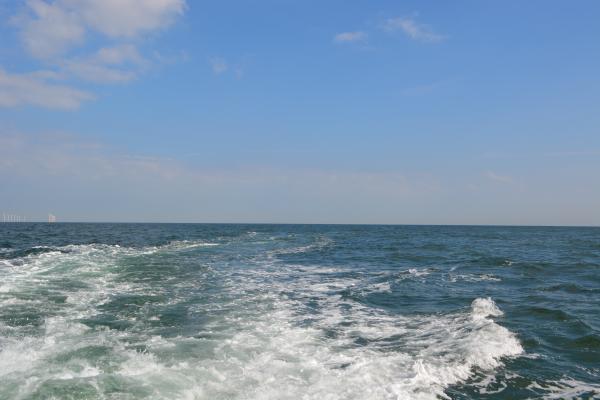 LONDON (Reuters ) - Even relatively clean coastal waters are likely to harbor microbes that raise the risk of stomach aches, ear infections and diarrhea for those who venture in, according to a review of over 40 previous studies.

Researchers looked at rates of illnesses among beach bathers and those who stayed high and dry, and found that people exposed to seawater were 86 percent more likely to experience any type of illness and more than twice as likely to have an earache.

“There have been lots of studies looking at the links between bathing in the sea and experiencing a variety of symptoms of ill health,” said lead author Anne Leonard from the European Centre for Environment and Human Health, University of Exeter Medical School, in Truro, UK. “These have been summarized mostly for gastrointestinal complaints such as diarrhea and vomiting,” she added in an email.

For their analysis, the researchers reviewed nearly six decades’ worth of studies done in what are considered high-income, developed countries such as the US, UK and Australia.

It’s common to think the risks of swimming in these parts of the world are minimal, Leonard and her colleagues write in the International Journal of Epidemiology. Standards to maintain clean seawaters and compliance to set regulations are considered to be much higher than in other, lower-income countries.

“I know that water quality testing around the Rio Olympics in Brazil revealed pathogen and indicator bacteria levels that were orders of magnitude higher than what we see in the US,” said Ben Arnold, a researcher at the University of California, Berkeley School of Public Health, who wasn’t involved in the study.

“So, in settings that may not have the same level of regulatory guidelines or sewerage infrastructure, the health risk associated with seawater exposure could be considerably higher,” he said in an email.

Overall, Leonard’s group found that gastrointestinal illnesses were less commonly reported, with an increased risk of 29 percent among bathers.

“There are many health benefits from swimming in the sea, such as improved physical fitness and an increased sense of wellbeing and the above ailments are likely to be minor in the majority of bathers, probably resolving without medical intervention in a few days.”

Still, Arnold noted, some individuals should take caution, in particular children and those with weakened immune systems.

“In the US, a large pooled analysis . . . of 84,411 beachgoers found that children 0 to 4 years old were at much higher risk of gastrointestinal illness compared with adults following contact exposure,” he said.

Children lack a fully developed immune system, tend to spend more time in the water and are much more likely to swallow it than adults, Arnold added.

And all swimmers should avoid seawaters after heavy rainstorms, as exposure within three days of a storm is associated “with much higher rates of acute illness across a range of symptoms,” he advised.

“We would recommend that bathers avoid going in the sea after it has been raining heavily, as this is when water quality is likely to be poorer and the risks of getting sick may increase,” Leonard said.