Coats to step down, Ratcliffe to be nominated as next director of national intelligence 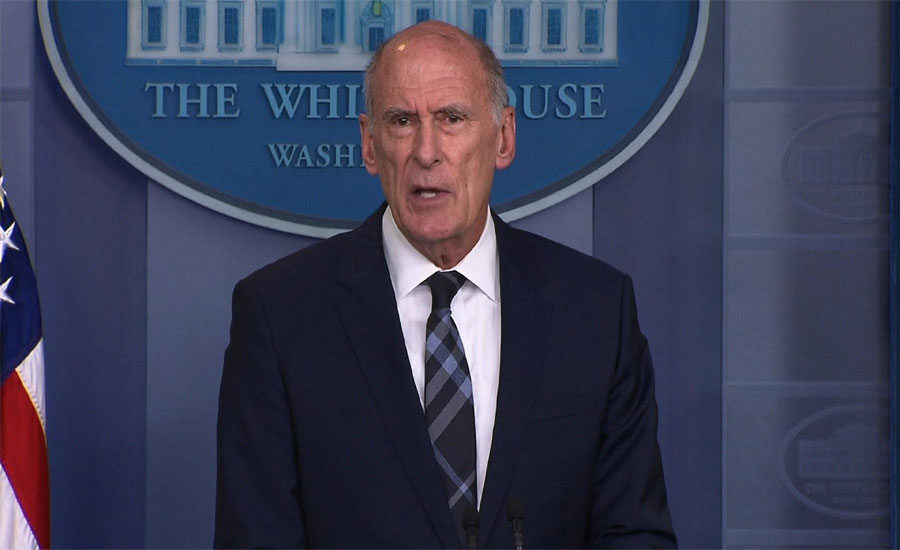 Coats to step down, Ratcliffe to be nominated as next director of national intelligence

WASHINGTON - Dan Coats will step down as the director of national intelligence on August 15, President Donald Trump announced Sunday in a tweet, a departure that marks the most recent chapter in Trump's tense and puzzling relationship with the US intelligence community.

Texas Republican Rep. John Ratcliffe, who aggressively questioned former special counsel Robert Mueller last week during Congressional hearings involving his report on Russian interference in the 2016 presidential election, will be nominated by the President to replace Coats.
"I would like to thank Dan for his great service to our Country," Trump tweeted. "The Acting Director will be named shortly."
Axios first reported Coats' expected departure.
The former senator became director of national intelligence at a difficult time -- for a President who repeatedly made clear his dislike and distrust of intelligence services -- and spent his tenure in the administration at odds with Trump, helming a constellation of over a dozen agencies that the President has publicly mocked, ignored and dismissed. The unsettling dynamic has created one of the more unusual spectacles of Trump's presidency and raised questions about his motivations, particularly as they relate to investigations into possible collusion between Moscow and members of his 2016 presidential campaign.
"I have ensured that we have the capabilities necessary to protect against those who would do us harm," Coats wrote in his resignation letter to the President.
He added, "I believe it is time for me to move on to the next chapter of my life."
A former senior intelligence official who worked with Coats said he did not believe there was any single national security issue that he was regularly dealing with that brought him to a point where he was ready to step down, but instead likely just felt it was time to move on. "This isn't a lifetime appointment," the former official said.
"Dan Coats has repeatedly demonstrated an ability to stay above the issues which dominate Washington politics. Within the (intelligence community), he is considered to be a capable, candid, and non-partisan leader who takes his work coordinating IC resources seriously as well as someone who has brought stability to the IC," the former official told CNN.
The President, though, regularly fumed about Coats, and the two never clicked on a personal level. Trump has been on the brink of firing him in the past, though aides were able to convince the President not to do so.
In May, Attorney General William Barr was ordered to conduct a politically-charged Justice Department review of how the Russia investigation began and the intelligence community's role in that process.
At the time, Coats said that Barr would get "all the appropriate information" for the review of intelligence into Russia's election attacks but he also warned the attorney general against being too public with what he declassifies.
"I am confident that the Attorney General will work with the IC in accordance with the long-established standards to protect highly-sensitive classified information that, if publicly released, would put our national security at risk," Coats said in a statement.
Trump's evident hostility and distrust of his own intelligence agencies made Coats' job as director arguably one of the most politically fraught in Washington. His departure is just the latest in the churn among the President's most senior officials.
Coats, a former ambassador and Republican senator from Indiana praised for his bipartisan professionalism, stepped into the job leading US spy agencies and serving as the President's principal adviser on intelligence in March 2017.
Vice President Mike Pence was one of Coats' closest allies as the two men shared a long history dating back to their time in Congress.
But Trump and Coats never forged a particularly close relationship and the President has time and again voiced frustrations about Coats, telling advisers that he considered Coats in line with other top officials who have sought to restrain him like former Defense Secretary Jim Mattis and former White House chief of staff John Kelly.
And in under a year, Trump confidants were suggesting Coats could be fired.
SOURCE: CNN INTERNATIONAL