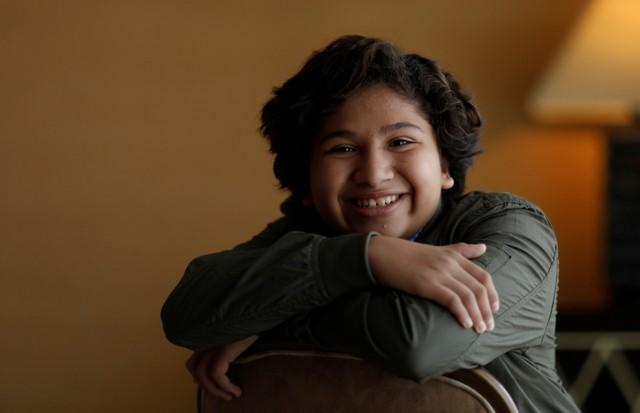 “Justice League” pulled in $60 million at 4,051 locations during the same timeframe. The superhero action-adventure, the fifth in the DC Extended Universe, has totalled $172 million in its first 10 days.

Audiences surveyed by comScore’s PostTrak gave “Coco” strong ratings with 66% calling it “excellent,” and another 23% rating it “very good.” Surveys also showed 77% of viewers saying they would “definitely recommend” the movie to friends and 20% saying they would watch it again in a theatre.

“Coco,” directed by Lee Unkrich and co-directed by Adrian Molina, is based on the traditions surrounding the Day of the Dead holiday in Mexico and centers on a 12-year-old boy who dreams of becoming a musician and explores his family history in the Land of the Dead. The studio has not released a price for the movie. Disney-Pixar titles are usually budgeted in the $175 million to $200 million range.

“Justice League,” which teams up the DC characters in the same manner as Disney-Marvel’s superheroes, is already in the top 15 of titles released in 2017 and has opened with a B+ CinemaScore. It’s been the lowest performer among the DC Extended Universe. “Wonder Woman” grossed $206.3 million in its first 10 days in June and “Suicide Squad” took in $222.6 million in its first 10 days in August 2016.

Gal Gadot stars as Wonder Woman along with Ben Affleck as Batman, Henry Cavill as Superman, Jason Momoa as Aquaman, Ezra Miller as the Flash, and Ray Fisher as Cyborg as the superheroes team up to save the world. Warner Bros. has not disclosed the production cost, which is believed to be as much as $300 million.

Lionsgate’s family drama “Wonder” continued to show impressive traction in third place with about $32 million at 3,140 locations for a 10-day total of more than $69 million. The film, which stars Jacob Tremblay as a fifth grader with a facial deformity, has a modest $20 million budget.

Sony Classics saw stellar returns from its platform release of coming-of-age drama “Call Me by Your Name” with $404,874 at four venues in Los Angeles and New York since its Friday launch for an impressive per-screen average of $101,219. That’s the best limited opening of 2017, topping the “Lady Bird” launch with $364,437 on four screens, and the highest since “La La Land” opened with $881,104 at five venues last December.

Focus Features’ “Darkest Hour,” starring Oldman as Winston Churchill, opened strongly with a $248,000 at four theaters for the five days. The well-reviewed film -- which centers on Chruchill’s early days as prime minister in 1940 with a possible Nazi invasion of Britain looming -- is playing at the Arclight and Landmark in Los Angeles and the Union Square and Lincoln Plaza in New York City. The holiday weekend is one of the busiest moviegoing periods of the year. According to comScore, this year’s five-day Thanksgiving weekend saw total grosses his $268 million -- $7.5 million better than last year’s when “Moana” opened with $82 million, and “Fantastic Beasts and Where to Find Them” taking in $65 million in its second weekend.