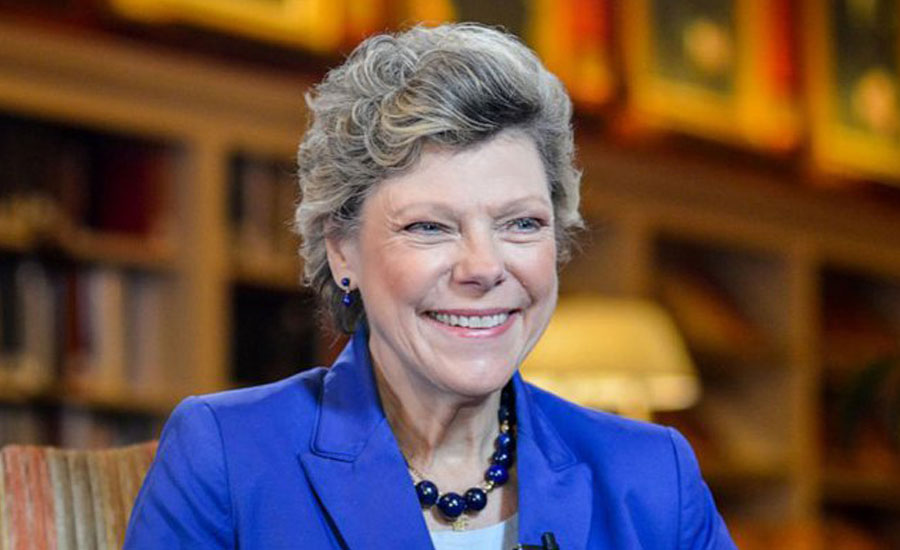 WASHINGTON (Reuters) - American journalist Cokie Roberts, regarded by National Public Radio (NPR) as one of its “founding mothers” and a prominent political commentator on ABC News, died on Tuesday at 75 at her Washington home from complications of breast cancer, her family said in a statement.

Roberts worked in radio as a foreign correspondent for CBS and a congressional correspondent for NPR in the 1970s. She went on to become a prominent political commentator on ABC News, serving as the network’s chief congressional analyst. NPR President Jarl Mohn called the Emmy Award winner one of NPR’s “founding mothers” in a statement, describing her as “the trusted voice that Americans count on when political news breaks.” Cokie Roberts was born Mary Martha Corinne Morrison Claiborne Boggs on December 27, 1943, to a prominent political family in Louisiana. She got her nickname Cokie from her brother, who struggled to pronounce “Corinne” when they were children. Her father, Thomas Hale Boggs, was a major force in New Orleans Democratic politics who served in the US House of Representatives for 25 years and became majority leader in the early 1970s when his party ran the chamber. After his plane disappeared over Alaska in October 1972, her mother, Lindy Boggs, was elected to his seat and served through the end of 1990. Roberts rose to prominence at a time when broadcast news and political analysis was mostly presented by men. Along with NPR’s other “founding mothers” - Nina Totenberg, Linda Wertheimer and Susan Stamberg - she helped shape the sound and culture of the public broadcaster. Two of Roberts’ journalistic subjects, former US President George W. Bush and his wife, Laura Bush, noted her drive and humor in a joint statement. “She covered us for decades as a talented, tough, and fair reporter,” their statement said. “She became a friend.” Roberts won numerous awards for her work, including three Emmys. In 2008, the Library of Congress recognized her as a “Living Legend.” Roberts wrote several books about overlooked women in American political history, including “Founding Mothers,” about the wives and other female relatives of the men who helped create the American republic. Her last book, published in 2015, was “Capital Dames: the Civil War and the Women of Washington, 1848-1868.” She often spoke of women as playing a civilizing role in society. “I don’t just see this role of women as caretakers in the world that I cover, I see it in the world I live in,” she said in her commencement speech at Wellesely College, her alma mater, in 1994. “Slowly, slowly, slowly but definitely, the workplace is becoming a more humane place because of the presence of women.” She is survived by her husband of 53 years, Steven Roberts, two children and six grandchildren, her family said in a statement. She and her husband, who is also a journalist, wrote a syndicated column that ran in newspapers around the country.