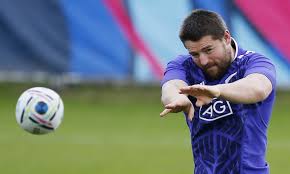 WELLINGTON (Reuters) - Hooker Dane Coles has been included in the squad for an All Blacks training camp this week in Christchurch as they continue their preparations for the Rugby Championship.
Coles has not played at all this year since rupturing knee ligaments in a test match against France last November. He needed two operations to repair the injury. The 31-year-old has been blighted by injury over the last two seasons, missing much of 2017 due to lingering concussion symptoms. Lock Jackson Hemopo and prop Karl Tu’inukuafe, who were late injury replacements for the test series against France in June, were included in the squad but Waikato Chiefs prop Nepo Laulala misses out. Laulala had established himself in the All Blacks set-up last year after Charlie Faumuina moved to France, and while the 27-year-old broke his arm in March he had been expected to be out for only three months. None of the players in the Canterbury Crusaders, who are preparing for the Super Rugby final against South Africa’s Lions on Aug. 4, were included for the camp. The All Blacks squad for the Rugby Championship will be named next Monday before they assemble on Aug. 9 in Christchurch to prepare for their opening clash against the Wallabies in Sydney on Aug. 18. Training camp squad: Forwards - Dane Coles, Liam Coltman, Nathan Harris, Jeffery Toomaga-Allen, Karl Tu’inukuafe, Ofa Tuungafasi, Brodie Retallick, Patrick Tuipulotu, Sam Cane, Vaea Fifita, Shannon Frizell, Jackson Hemopo, Akira Ioane, Ardie Savea, Liam Squire, Luke Whitelock. Backs - TJ Perenara, Aaron Smith, Te Toiroa Tahuriorangi, Beauden Barrett, Damian McKenzie, Ngani Laumape, Anton Lienert-Brown, Sonny Bill Williams, Jordie Barrett, Rieko Ioane, Nehe Milner-Skudder, Waisake Naholo, Ben Smith.