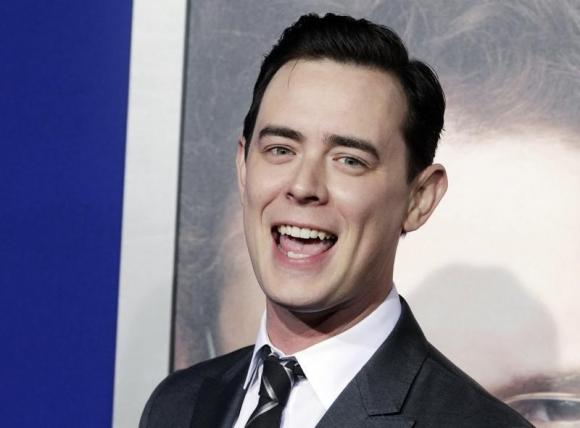 LOS ANGELES - With a DJ spinning vinyl tracks and attendees browsing music in racks, the famed music retailer Tower Records came alive for one night only in Austin, Texas this week, to celebrate a documentary on the rise and fall of a music giant. "All Things Must Pass," the first documentary feature by actor Colin Hanks, chronicles the chain spawned by Russ Solomon out of his father's Sacramento drugstore in 1960, and its global expansion before a bankruptcy filing in 2006 and eventual closure. Growing up in Sacramento, Hanks, son of actor Tom Hanks, said he used to browse music for hours and even saw the movie "Fargo" at a Tower movie theater, two decades before he was cast as one of the leads in FX's 2014 "Fargo" TV series. "When I heard about that drugstore, that was my lightbulb moment," Hanks said at the South by Southwest (SXSW) Festival where the film made its world premiere and was celebrated at a party that recreated a Tower Records store. "If that guy's journey starts in that drugstore in the late 1930s and goes all the way to the stores closing, that's incredible." Tower Records did not just sell music. It became a social and cultural hub during a time when artists such as the Beatles became phenomenons. Musicians Elton John, Bruce Springsteen and Dave Grohl, who used to work at a Tower Records store, discuss what the store meant to them as artists and music aficionados. The documentary also explores Tower Records' downfall, which was not, as Hanks said most people believed, solely due to the Internet ushering in an age of illegal music piracy. "There's much bigger issues here and we wanted to be able to discuss those and explain it in a way that any layman could understand," he said. "That it could be entertaining but also informative." After seven years of making the film and being one of the early adopters of crowd-funding platform Kickstarter in 2011 to raise $50,000, Hanks and producer Sean Stuart brought the film to SXSW because of its beginnings as a music gathering in 1987. "We're here to find a distributor. That's what this whole festival is about for us," Hanks said. And that could mean online platforms such as Netflix. "It's easier for people to see movies now, that has been incredibly beneficial for documentaries," he said. – Reuters Colin Hanks explores cult and influence of Tower Records in film