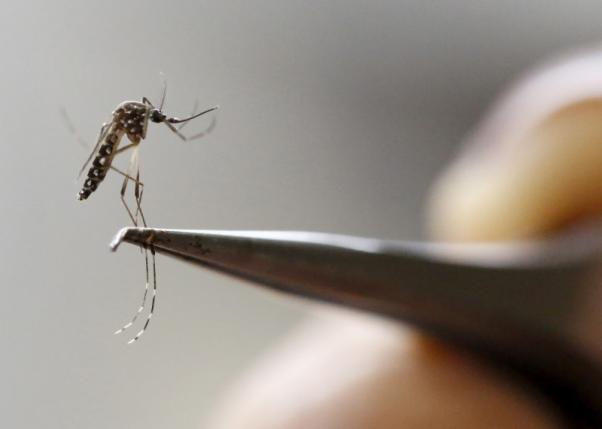 BOGOTA – Colombian health officials declared on Monday that the worst of a Zika outbreak in the Andean nation had passed just 10 months after its arrival, raising questions about how the virus is affecting parts of Latin America differently. Vice Health Minister Fernando Ruiz told journalists that the number of infections in Colombia has been falling by 600 cases a week. While Zika is still circulating in the country, Colombia considers the drop-off sufficient to say it has moved into an endemic phase from the epidemic phase. "We can declare that the epidemic is ended. Colombia is the first country on the American continent to declare an end to the epidemic," Ruiz said. Zika has struck hardest in Brazil, where the outbreak was first detected last year, and has since spread rapidly through the Americas. The disease can cause the devastating birth defect microcephaly, a condition defined by abnormally small head size which can lead to severe developmental problems in infants, as well as other neurological problems. Brazil has reported more than 1,600 cases of microcephaly linked to Zika, a spike not replicated elsewhere to date. Colombia's Zika outbreak has been closely monitored by infectious disease experts to understand whether the virus will affect other countries in a similar manner to Brazil. Colombia has reported nearly 100,000 cases of infection, with 21 cases of Zika-related microcephaly. Some disease experts say they are reluctant to say the worst of the outbreak has passed in Colombia, particularly with mosquito season due to resume in the country within a few months, and the many unknowns surrounding the first mosquito-borne virus that can also be transmitted through sexual contact. "It's difficult to make predictive statements on an epidemic when the vast majority of cases go unreported," said Dr. Peter Hotez, dean of the National School of Tropical Medicine at Baylor College of Medicine in Texas. About 80 percent of Zika infections are believed to be asymptomatic. "There is a possibility that it has not taken hold in Colombia as it has in Brazil and Puerto Rico, but we're not going to know the full impact of this epidemic for several more months until we see whether additional waves of microcephaly cases are born," Hotez said. British scientists predicted earlier this month that it will take two to three years for the current Zika outbreak to come to an end in Latin America, assuming that enough people have been infected and become immune to the virus. Colombia's Health Ministry has also lifted its recommendation that women delay pregnancy because of the virus, Ruiz said, though there may be new outbreaks of the disease in future. Colombia expects that there will be an uptick of cases of microcephaly in September and October, Ruiz said, when pregnant women infected during the peak of the epidemic will give birth. The World Health Organization has said there is strong scientific consensus that Zika can also cause Guillain-Barre, a rare neurological syndrome that causes temporary paralysis in adults. Colombia has reported 350 cases of the condition connected to Zika. There is no vaccine or treatment for Zika, which is a close cousin of dengue and chikungunya and causes mild fever, rash and red eyes in cases with symptoms. –Reuters