Combination of marijuana and tobacco in pregnancy may compound risks 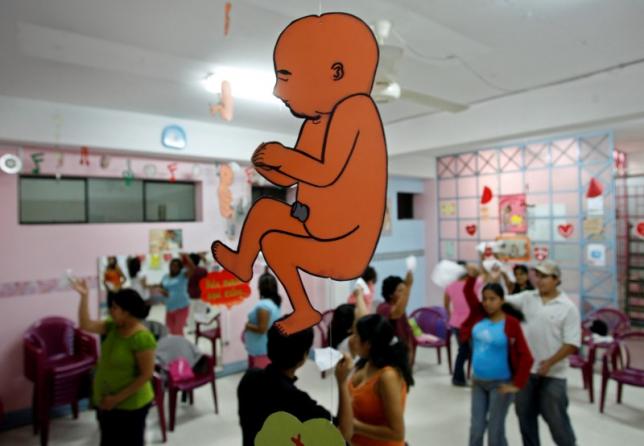 Combination of marijuana and tobacco in pregnancy may compound risks

HOUSTON - Smoking both marijuana and tobacco during pregnancy may create greater health risks than cigarettes alone, according to a recent US study. “In co-users of both marijuana and cigarettes we noted an increase in smaller babies, earlier deliveries, asthma, and pregnancy-related hypertension,” Dr. Diana Racusin, an author of the study, told Reuters Health by email. As marijuana becomes legal in more places, more women are using the drug while pregnant, partly because they view it as less risky than other substances, said Racusin, a maternal-fetal medicine fellow at Baylor College of Medicine in Houston, Texas. Smoking cigarettes during pregnancy is already linked to problems for babies, including low birth weight and early delivery. Little is known about the effects of marijuana during pregnancy, even though it’s estimated that between 2 percent and 11 percent of U.S. pregnant women use the drug, the authors write in the American Journal of Obstetrics and Gynecology. To see what effects marijuana alone or in combination with cigarettes might have on both mothers and babies, the study team analyzed data on 12,069 women who gave birth between January 2011 and June 2015 at hospitals associated with Baylor College of Medicine. The participants were all surveyed around the time of delivery about their use of marijuana, tobacco and other nicotine-containing products during pregnancy. The researchers gathered information about birth outcomes from medical records. Of the entire group, 106 women, or less than 1 percent, reported using marijuana while pregnant. And 48 of these, or just under half the marijuana users, said they also smoked cigarettes while pregnant. Overall, a total of 242 women, or 2 percent of the study participants, reported having smoked cigarettes. Researchers found that women who smoked both marijuana and tobacco were more than twice as likely as women who used neither substance to experience asthma, two and a half times as likely to deliver prematurely and nearly three times as likely to have babies with small heads or low birth weight. Smoking cigarettes alone was also linked to smaller infant head size, lower birth weight and premature delivery, but these risks were higher when combined with marijuana use. There were no significant differences, meaning differences larger than could be due to chance, between women who smoked just marijuana, or their babies, and women who did not smoke anything and their babies. Women who smoked either pot or cigarettes but not both did not have significantly higher rates of pregnancy-related high blood pressure than nonsmokers. But women who smoked both substances were two and a half times more likely to have pregnancy-related high blood pressure. The study team notes that women who reported using both marijuana and tobacco were more likely than the others to have diabetes and high blood pressure before pregnancy. Women who used only tobacco during pregnancy or only marijuana, and those who used both, were also four to seven times more likely than women who used neither to have depression or anxiety. Mothers who did not get sufficient prenatal care, meaning they went to fewer than 11 doctor visits during pregnancy, were more likely to smoke either marijuana or cigarettes. Dr. Carri R. Warshak, an associate professor at the University of Cincinnati in Ohio who studies the effects of marijuana use in pregnancy, said that the most consistent effect is a lower birth weight in babies. “When babies are born both small and premature, the birth weight becomes vitally important for improving survival and healthy outcomes,” said Warshak, who was not involved in the study. Babies who are born small are at greater risk for feeding difficulties and jaundice and may even experience heart problems later in life, she added. “We are only now beginning to learn about the ramifications of marijuana use in pregnancy,” Racusin said. “Tobacco use is clearly detrimental to fetal health, and therefore baby health. It is very likely that marijuana use shares some of the untoward effects. To optimize fetal health and the health of the child, it is best to avoid use of marijuana and tobacco in pregnancy,” Warshak said. -Reuters