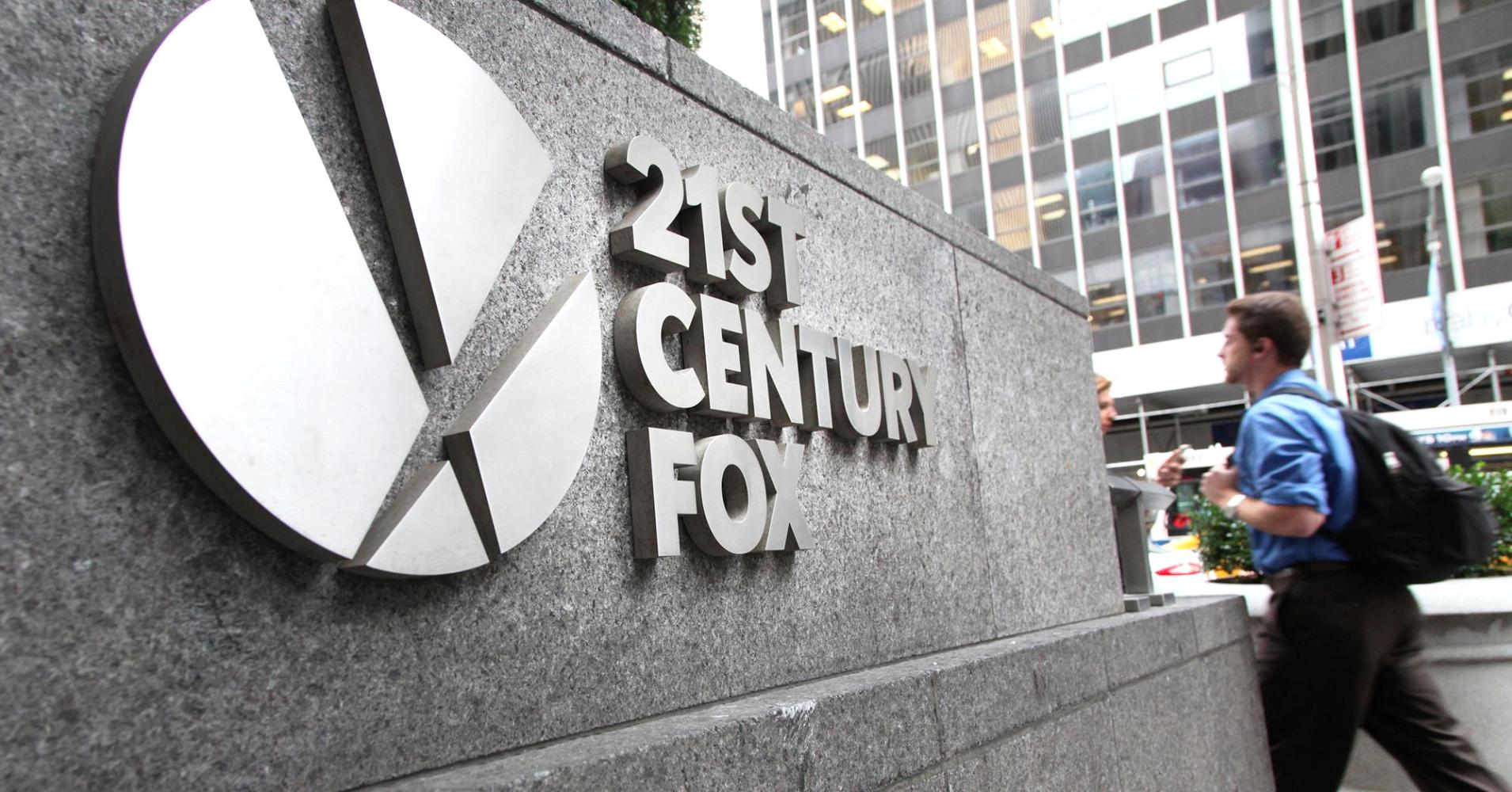 NEW YORK (Reuters) - Comcast Corp and Verizon Communications Inc have both expressed interest in acquiring a significant part of Rupert Murdoch’s Twenty-First Century Fox Inc’s assets, two people familiar with the situation told Reuters on Thursday. News of competing interest in some of Murdoch’s assets broke even though the US Justice Department was preparing a lawsuit to block AT&T Inc, the largest pay-TV provider in the United States, from buying Time Warner Inc for $85.4 billion, according to a source. This raised questions about the US government’s willingness to allow large media industry mergers. The Fox assets that buyers have expressed interest in include Fox’s movie and TV production studios, cable networks FX and National Geographic, and international assets such as the Star network in India, and the European pay TV provider Sky Plc. These units have also been the subject of recent talks between Fox and Walt Disney Co, one of the sources said. Fox shares jumped nearly 8.0 percent in after-hours trading after the Wall Street Journal first reported the news. Shares of Viacom Inc and CBS Corp also rose more than 2.0 percent, a sign investors may see them as potential targets also. Comcast has approached Fox about its interest, and talks are in early stages, the source added, requesting anonymity. There is no guarantee that talks between the companies will result in a deal. Fox, Comcast and Verizon declined comment. After Comcast first bought a stake in NBCUniversal in 2011, buying the Fox assets would give Comcast, the largest cable provider in the United States, an international distribution footprint through ownership of Sky and Star in India. Comcast has steadily boosted its ownership of content over the years and acquiring Fox’s assets would further position Comcast as a diversified conglomerate to rival Disney, analysts said. The deal would bulk up its NBCUniversal unit, which acquired Dreamworks Animation for $3.8 billion last year, as well as increase its ownership stake in video streaming service Hulu. Verizon is also in the early stages of exploring a deal, one of the sources said. A deal could give the US No. 1 wireless phone carrier ownership of movies and TV shows to stream to its mobile subscribers. Acquisition of a movie studio and cable channels would be a departure for Verizon, which has focused its media deals around advertising technology and internet properties. Verizon spent $4.48 billion acquiring the core business of Yahoo, which it merged with AOL this year to form a venture called Oath. Led by AOL CEO Tim Armstrong, Oath owns more than 50 brands including HuffPost, TechCrunch and Tumblr. Roger Entner, an analyst of Recon Analytics, said, “It is undeniable that there is a trend of combining content with distribution.” Verizon, which has said it is launching a new streaming service, could have more targeted advertising with a vertically integrated platform, he added. Traditional cable television networks have been struggling with faster-than-expected subscriber erosion in the competition with streaming services like Netflix Inc and Amazon.com Inc. To increase its scale, Fox tried to buy Time Warner Inc. three years ago and last year announced its intention to buy the rest of Sky beyond the 39 percent it already owns. The moves also come after the US Federal Communications Commission on Thursday voted to remove key roadblocks to increased consolidation among media companies, potentially unleashing new deals among TV, radio and newspaper owners as they seek to better compete with online media.