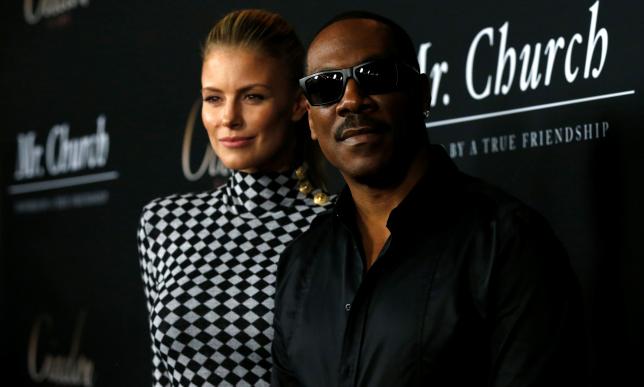 LOS ANGELES - Eddie Murphy swaps his usual comedy for drama in new movie "Mr. Church" as he makes his return to Hollywood after a break. The "Coming to America" and "Beverly Hills Cop" actor plays a cook who develops a long-lasting friendship with a young girl he helps raise after her mother becomes sick. "It caught me off guard because I don't usually get offered things like this and I usually don't have an emotional reaction when I'm reading something," Murphy said at the film's premiere in Los Angeles on Tuesday. "You're reading (films) 'Imagine That' or 'Daddy Day Care,' you don't cry ... You're crying while I'm reading this, I had never had that experience. "It was a small movie and I had never done that before ... I hadn't done a picture in five years so I was like that will be easy and fun to do." Murphy, 55, last year received the Mark Twain Prize for American Humor. "Mr. Church" opens in US cinemas on Sept. 16. -Reuters