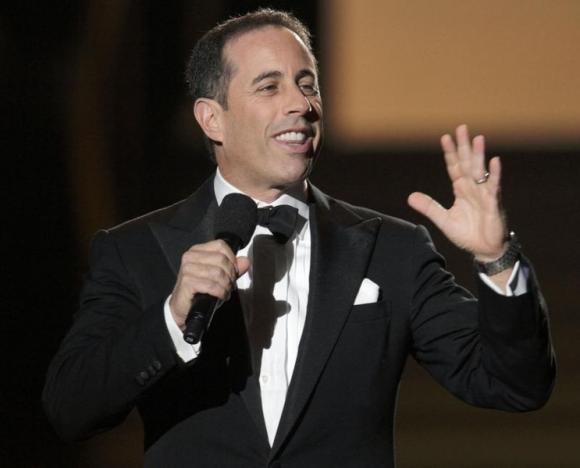 MUMBAI – Comedian Jerry Seinfeld's debut in India this weekend has been cancelled after Mumbai city police expressed concern over inadequate parking space for people attending the two nearly sold-out shows, the event's promoters said on Friday. Seinfeld, best known for his eponymous hit TV series in the 1990s, was to perform his stand-up routines on March 14 and 15 at a Mumbai stadium. Ticket prices ranged from Rs 7,500 rupees (80 pounds) to Rs 12,500 and the money is to be refunded. "We couldn't figure out alternate parking and traffic arrangements, and it wasn't possible to reschedule his travel," one of the show's organizers told Reuters, declining to be named as he is not authorised to speak to the media. The stadium has a seating capacity of 4,000 people, and was recently the venue for a charity fashion show attended by a politician that led to traffic snarls. Police had been wary of the large turnout expected for Seinfeld's shows. "They didn't want it repeated," the source said. News reports of the cancelled event invited ridicule on social media. "So many Seinfeld episodes had parking-troubles plotlines. OF COURSE his Bombay show is cancelled over parking issues," writer Samit Basu posted on Twitter. Traffic congestion and pot-holed roads plague Mumbai, a city of over 18 million. Parking illegally - even on sidewalks - is a common sight in many Indian cities. –Reuters