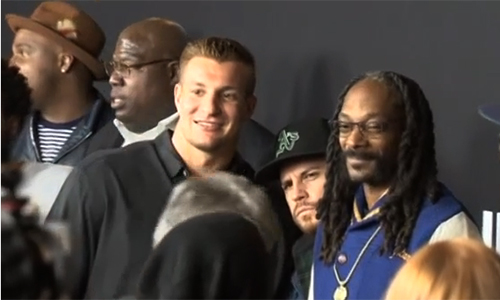 LOS ANGELES - Actor Mike Epps was joined on the Hollywood red carpet by Jamie Foxx and Snoop Dogg on Tuesday for the premiere of upcoming comedy "Meet the Blacks". Directed by Deon Taylor, the movie follows the Black family as they leave Chicago to move to Beverly Hills. However according to the film's synopsis, they "couldn't have picked a worse time to move. They arrive right around the time of the annual purge, when all crime is legal for 12 hours". "Meet the Blacks", which also stars Zulay Henao and Mike Tyson, takes ample aim at spoofing racial stereotypes. "Funny is funny, if you can make light of anything, that's what life is about to me," Epps said, explaining that the film's aim is to expose racism as ignorant by laughing at it. "You have to make light of everything no matter what is bad out here, if you can't laugh at it, it's going to kill you." "Meet the Blacks" hits U.S. cinemas on April 1. –Reuters