KARACHI (92 News) – PPP co-chairman Asif Ali Zardari has said that the commando who did not give security to Benazir Bhutto is feeling a threat today. Speaking at a function held in connection with the 65th birthday of Benazir Bhutto at Bilawal House on Thursday, he said that Mohtrama embraced martyrdom while following the front of democracy. 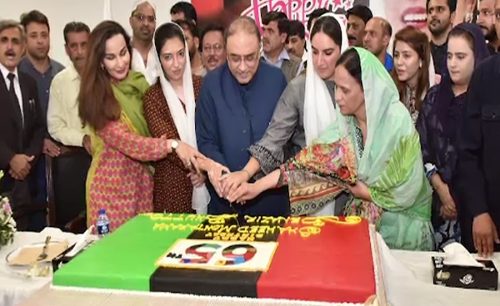 He demanded that Musharraf should be held accountable for having billions of rupees. Criticizing Nawaz Sharif and Imran Khan, Bilawal Bhutto said that one of them was brought up by a dictator, while another one wants to become the prime minister in the name Taliban. “Both of them are playing the role of puppets in politics,” he added.