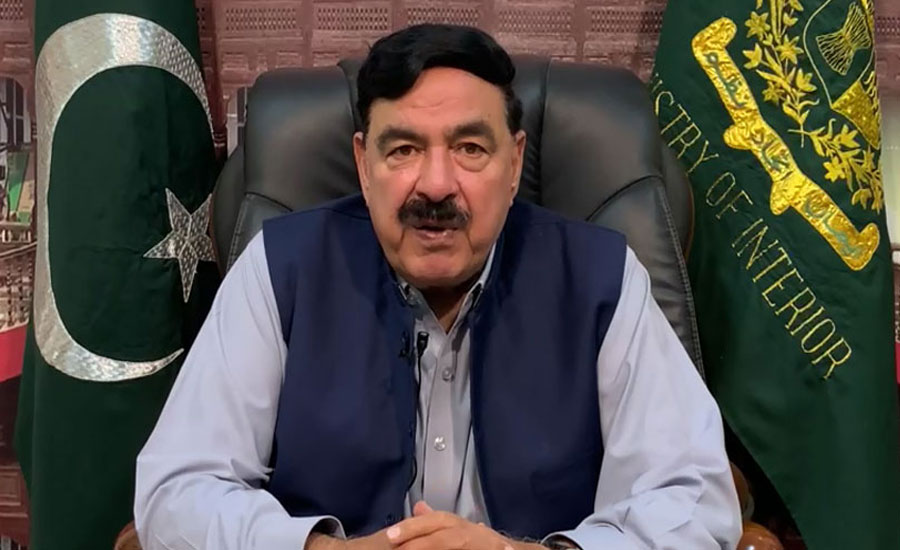 ISLAMABAD (92 News) - The federal government has decided to form a three-member committee to decide the banned Tehreek-e-Labbaik Pakistan’s (TLP) plea seeking review of banning the party over countrywide violent protests.

The decision was taken during a meeting presided over by Interior Minister Sheikh Rasheed Ahmed.

The meeting discussed the TLP’s review application from all legal aspects and decided to constitute a three-member committee comprising senior officers of the ministries of interior and law to decide it.

Earlier a day, Sheikh Rasheed said that the TLP filed an appeal against the ban.

Talking to 92 News, he said that the TLP's review appeal had been submitted to the Interior Ministry. "The application will be discussed on Friday," he added.

He said that the Interior Minister will form a committee to hear the application of the TLP.

"The application will have to be decided within 90 days. We hope the decision will be made early," he maintained.

On April 16, the National Counter Terrorism Authority (NACTA) placed the Tehreek-e-Taliban Pakistan (TLP) on the list of the banned organizations.

Earlier on Thursday, the Interior Ministry had issued a notification to ban the Tehreek-e-Labaik Pakistan (TLP). The notification in this regard was issued after the approval of the federal cabinet.

According to the notification, the TLP was engaged in terrorist activities and damaging citizens and law-enforcement agencies. The ban has been imposed under the Anti-Terrorism Act 1997. "On the basis of substantial reasons, the TIP is a security risk," it added.

The declaration will be presented in the Supreme Court and after the court ruling, the TLP members will be disqualified.

The government also announced that no resolution would be presented in the National Assembly on the demand of the TLP.

Interior Minister Sheikh Rasheed said that the TLP will not only banned but also disbanded. He said that a reference will be filed against the TLP in the Supreme Court.

Minister for Religious Affairs Noorul Haq Qadri said that the government had tried its best to make it understand through the dialogues.