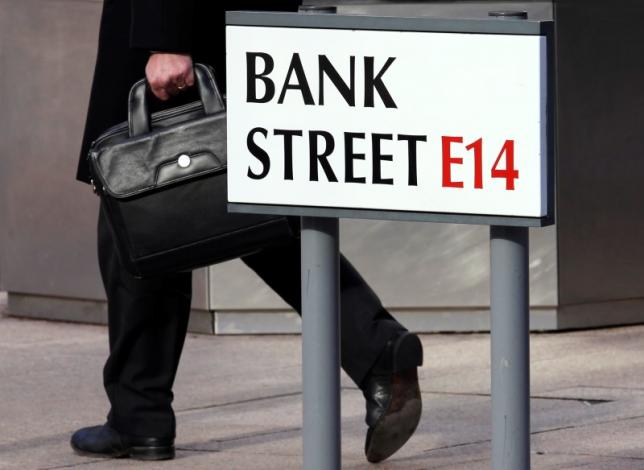 LONDON - Complaints against financial services firms in Britain are at their third highest level on record despite a crackdown on bad behaviour by regulators and new laws since the financial crisis to protect customers from misselling. The number of complaints about packaged bank accounts more than doubled and the complaints about pension plans surged by a quarter, the Financial Ombudsman said on Thursday. "It's been another year of big numbers," Chief Ombudsman, Caroline Wayman said. "We mustn't lose sight of the lives and livelihoods behind every complaint." The level of complaints and number still being upheld are being closely watched by Andrew Bailey, the Bank of England Deputy Governor. He takes up the reins in July at the Financial Conduct Authority (FCA), which regulates sales practices at lenders and Bailey said this month that improving culture at banks will be a top priority.Just four banks, Lloyds (LLOY.L), Barclays (BARC.L), Royal Bank of Scotland (RBS.L) and HSBC (HSBA.L), accounted for 56 percent of all complaints. The ombudsman received 340,899 new complaints in the past year, up slightly on the year before, and about double the number at the height of the financial crisis. The ombudsman upheld just over half of resolved complaints. The complaints undermine claims by Britain's largest banks that they have reformed after having to set aside more than 40 billion pounds to cover lawsuits and fines since the financial crisis. About one in every 28 adults in Britain contacted the ombudsman to discuss issues with financial service companies. About one in five of those calls turned into a formal complaint. Payment protection insurance (PPI) continued to top the number of complaints by product, an indication of how Britain's costliest misselling scandal continues to bite. PPI complaints totalled 188,712 or 4,000 a week and half the ombudsman workload, down 8 percent on the prior year. Complaints about packaged current accounts or fee-paying accounts at banks jumped 107 percent to more than 44,000, while complaints about payday or short-term, high interest loans, rose 178 percent to 3,216. Packaged accounts typically offer higher interest on in-credit balances, cashback on spending, and mobile phone and travel insurance. Last week Britain's Competition and Markets Authority (CMA) proposed measures to make it easier for people to switch accounts. -Reuters