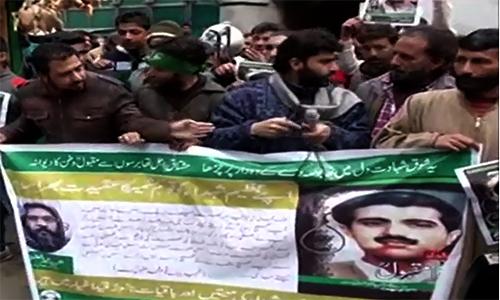 Maqbool Butt Shaheed was hanged in Tihar Jail in New Delhi in 1984 for his leading role in the Kashmir freedom movement and was buried on the jail premises.