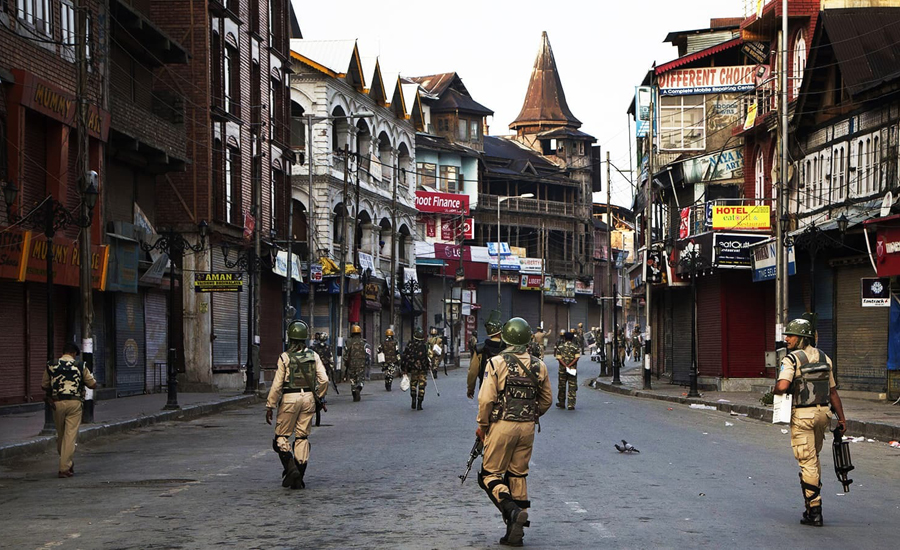 Call for the shutdown and a march towards the Martyrs’ Graveyard at Eidgah in Srinagar was given by the joint resistance leadership to pay tributes to the martyrs. The Indian puppet authorities had imposed curfew-like restrictions in Srinagar and other parts of the territory to prevent the march.

All exit and entrance points in Srinagar were blocked with barricades and razor wire while residents were not allowed to come out from their houses.

Indian troops and police personnel have been deployed in strength in Srinagar and other parts of the territory and all roads leading to the office of Awami Action Committee are sealed.

Mirwaiz Moulvi Muhammad Farooq was shot dead by unidentified gunmen in Srinagar on 21st May 1990.

At least seventy mourners were also killed in Hawal area of the city when Indian troops fired upon the funeral procession of the martyred.

On the same day in 2002, Khawaja Abdul Ghani Lone was killed by unknown assailants when he was returning from Eidgah after addressing a public gathering.