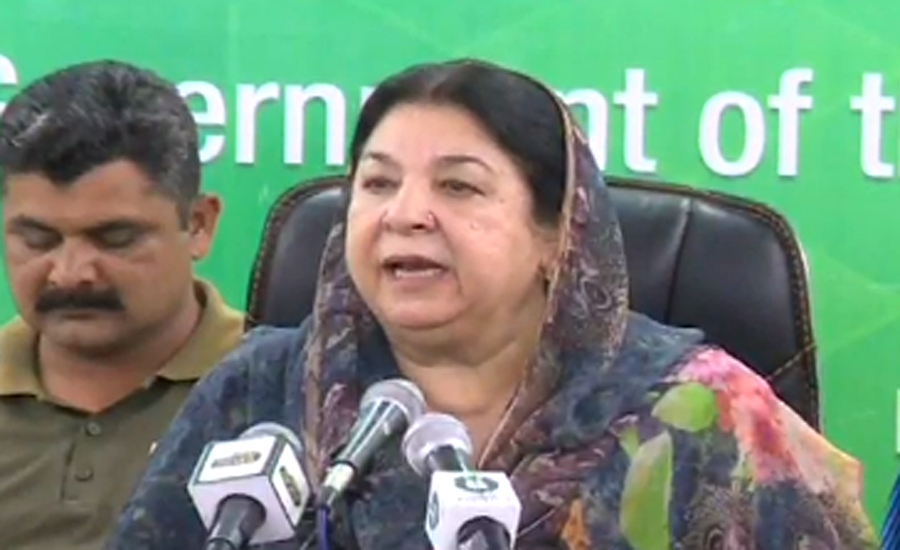 LAHORE (92 News) – Punjab Health Minister Dr Yasmeen Rashid on Monday said that total number of confirmed cases of coronavirus has reached 3,259 in the province. Addressing a joint press conference along with Punjab Law Minister Raja Basharat in Lahore, Yasmeen Rashid said that so far, 630 patients of COVID-19 have been recovered while 34 died. She said that 13 patients of the virus were in critical condition in different hospitals, adding that the government was proving best healthcare facilities to the patients to save their lives. The minister maintained that personal protective equipment was being provided to all the health professionals in the province. She said that the provincial government will conduct 10,000 tests for COVID-19 at community and UC levels from the next week. On the other hand, Adviser to Sindh Chief Minister on Law Murtaza Wahab said that 340 new cases of coronavirus surfaced in the province during the past 24 hours. In a Tweet, Murtaza Wahab said that four more deaths have also been reported during the past 24 hours while another 16 people have recovered from the illness. With 340 new infections, the overall coronavirus cases in Sindh have reached 2008. The death toll from the novel coronavirus stands at 45. He said that Sindh has conducted overall 18,900 tests to date. The total number of recovered patients in the province reached 576, he added.

The following information is relevant to assess the situation of #COVIDー19 in Sindh as of 16th April at 8 AM:

On the other hand, the death toll increased to 124 after 17 more deaths were reported during the last 24 hours. According to the National Command and Operation Centre (NCOC), the number of total patients soared to 6,505 with 520 new cases across the country within 24 hours on Thursday.