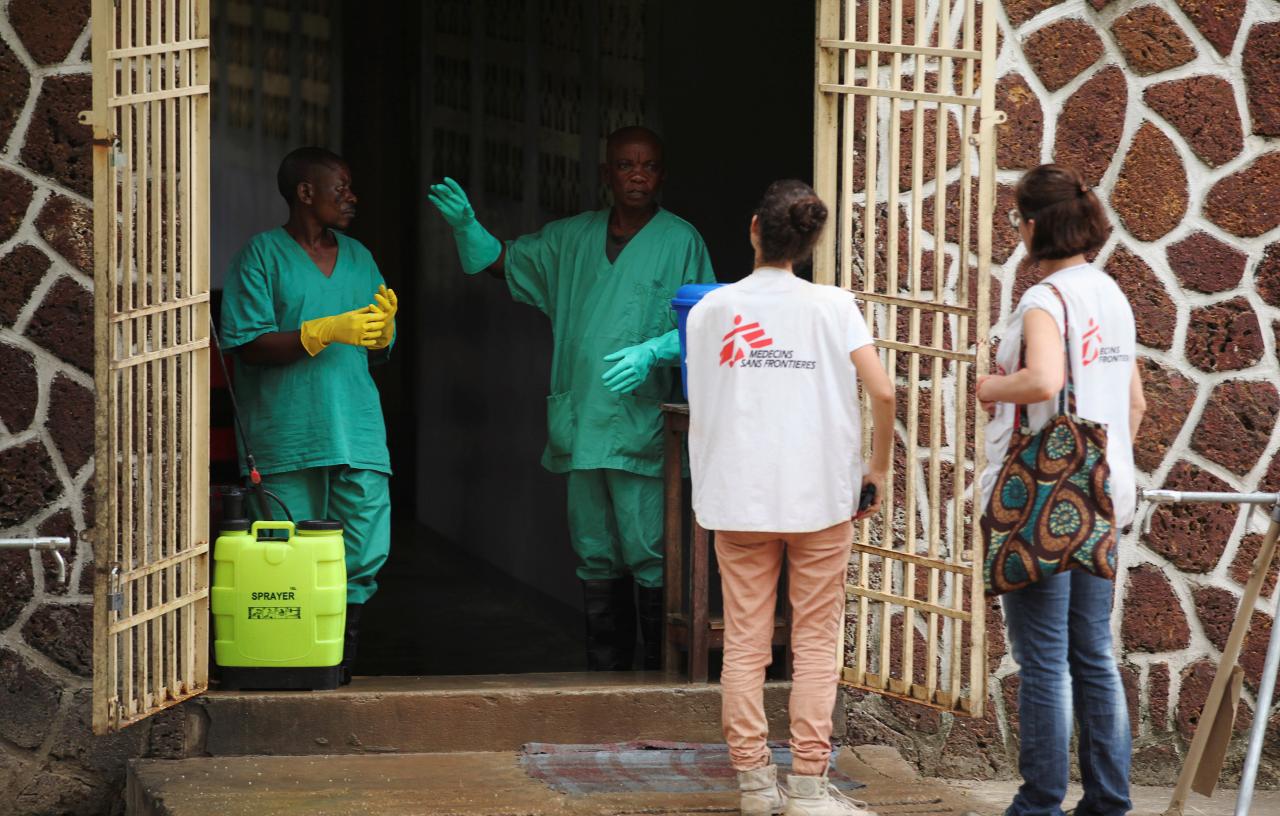 MBANDAKA (Reuters) - Health workers in Democratic Republic of Congo will begin a vaccination campaign on Monday aimed at containing an outbreak of the deadly Ebola virus, a spokeswoman for the health ministry said. Jessica Ilunga said 4,000 doses of vaccine were shipped on Saturday to Mbandaka, which last week registered the first cases in an urban area since the latest flare-up of the disease was announced earlier this month. Cases in Mbandaka, a port city on the Congo river, have raised concerns that the virus could spread downstream to the capital Kinshasa, which has a population of 10 million. The outbreak is Congo’s ninth since the disease made its first known appearance near the vast central African country’s northern Ebola river in the 1970s. An Ebola epidemic killed more than 11,300 people in West Africa in 2013 to 2016. “I don’t know how to protect myself against Ebola. God alone can protect me from this illness,” said Lusya Mbangu, who was selling fish at Mbandaka’s bustling floating market. According to Congolese health ministry data released late on Saturday, there have been four cases of Ebola confirmed through testing in Mbandaka’s Wangata neighbourhood and another two suspected cases. One patient has died there, the figures showed. Medical charity Medecins Sans Frontieres has established an isolation ward at a hospital in Wangata, where health personnel could be seen being sprayed with disinfectant before entering the facility . “The building does not conform to international regulations but we have reorganised it ... to make sure there is no contamination,” Dr Hilaire Mazibu told Reuters. The World Health Organization (WHO) said on Friday that Ebola — which causes hemorrhagic fever, vomiting and diarrhoea and is spread through direct contact with body fluids from an infected person — had killed 25 people since early April. Confirmation of the disease in Mbandaka, a city of about 1.5 million people, prompted the WHO last week to declare a “very high” public health risk for the country and a “high” risk for the region. But it said the outbreak could be brought under control and was not yet an international public health emergency. “Previous outbreaks have demonstrated the importance of a rapid and well-resourced response in order to save lives, but also prevent an exponential increase in the economic cost of a response,” WHO spokesman Tarik Jasarevic said. The UN health body was heavily criticised as too slow to declare an international emergency during the 2013-2016 epidemic that spread through Guinea, Sierra Leone and Liberia and infected nearly 30,000 people. Jasarevic said the WHO was seeking $26 million to fund the Ebola response in Congo. The WHO is sending 7,540 doses of the vaccine developed by Merck to Congo. It is also in talks about a second vaccine made by Johnson & Johnson . More than 30 health workers with experience administering Ebola vaccines are being deployed from Guinea to help with the campaign in Congo. Logistical difficulties remain, especially the need to keep the vaccine 80 degrees Celsius below freezing in a humid region where daytime temperatures hover around 30 and power supplies are erratic. A government spokesman said late on Saturday that Congo’s partners had promised to make available 300,000 doses of vaccine.