Congo's Ebola not an international emergency, can be controlled: WHO 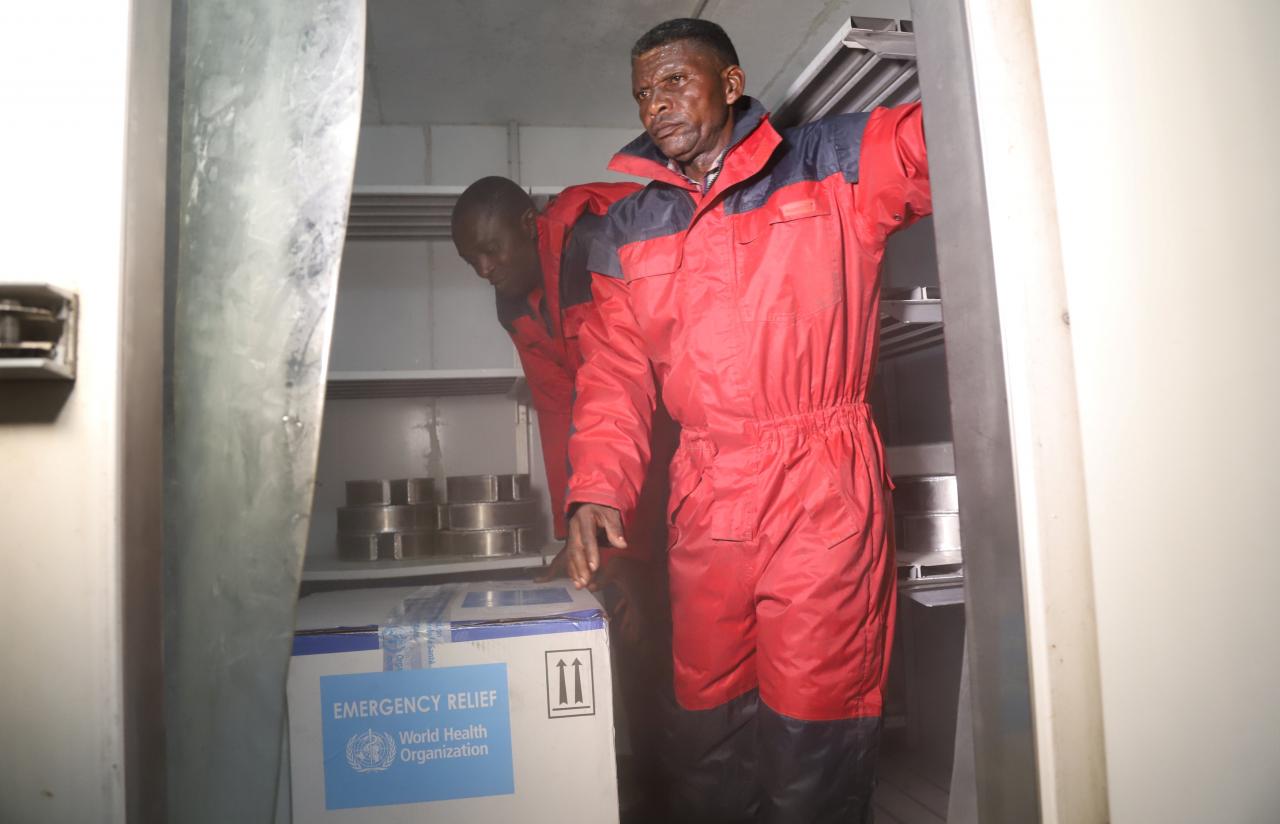 Congo's Ebola not an international emergency, can be controlled: WHO

GENEVA (Reuters) - The Ebola outbreak in Democratic Republic of Congo can be brought under control and is not an international public health emergency, experts advising the World Health Organization said . Earlier in the day the WHO had said the first confirmation of Ebola in Mbandaka, a city of about 1.5 million people, had prompted it to declare a “very high” public health risk to the country and a “high” risk to the region. Three new cases of Ebola were later confirmed in Mbandaka , in a part of the city next to the Congo River. The ministry said in a statement  that the new cases had been reported on Thursday in the neighbourhood of Wangata, next to the river, and samples tested positive for Ebola. Another suspected case surfaced . The outbreak, Congo’s ninth since the disease made its first known appearance near the northern Ebola river in the 1970s, has raised concerns that the virus could spread downstream to the capital Kinshasa, which has a population of 10 million. The WHO’s Emergency Committee of 11 experts said the rapid response had mitigated the risk from the outbreak, which was declared 10 days ago and has killed 25 people since early April. “Interventions underway provide strong reason to believe that the outbreak can be brought under control,” the committee said in a statement. They decided not to declare a “public health emergency of international concern” (PHEIC), a formal alert that puts governments on notice and helps mobilise resources and research. However, committee chairman Robert Steffen said the “vigorous” response to the outbreak must continue. “Without that, the situation is likely to deteriorate significantly,” he told a news conference in Geneva. Jeremy Farrar, director of the Wellcome Trust medical charity and an infectious diseases expert, said the decision not to declare an emergency was “the right one for the time being,” but should be kept under review. “We can’t predict how the outbreak will progress, and the WHO must keep the situation under frequent review and not hesitate to declare a PHEIC if the situation shows signs of deteriorating,” he said in a statement.

The WHO was heavily criticised for being too slow to declare an international emergency during an outbreak in West Africa in 2013 to 2016. That epidemic spread mainly through Guinea, Sierra Leone and Liberia. It killed more than 11,300 people and infected 28,600. One of the problems then was locating people who had been in contact with Ebola patients to stop them spreading the deadly virus. This time, a vaccine is being deployed to try to halt the outbreak. WHO Director General Tedros Adhanom Ghebreyesus said the vaccine would encourage people to come forward, making him confident that very few of around 532 contacts identified so far would go missing. WHO’s head of emergency preparedness and response Peter Salama said the contact tracing rate was “extremely high” in the city of Mbandaka and “very high” in Bikoro, the small town where most of the 45 confirmed, probable or suspected Ebola cases have occurred since April 4. More challenging were the small peripheral villages, reachable only by motorcycle, where the first cases went initially unrecorded last month. Tedros said emergency response teams planned to start vaccinating frontline health workers in Congo by Sunday, but Salama said the date had not been fixed. “As early as Monday we’ll start,” he said. The plan involves vaccinating “rings” of contacts around each Ebola patient, and then a second ring around each contact. The WHO is sending 7,540 doses of the vaccine developed by Merck , enough to vaccinate 50 rings of 150 people. Salama said 8,000 to 10,000 people would be vaccinated in the first phase. He said the WHO was also in talks about a second vaccine made by Johnson & Johnson  and that it wanted to get Congo’s approval to use ZMapp, an intravenous treatment for Ebola.