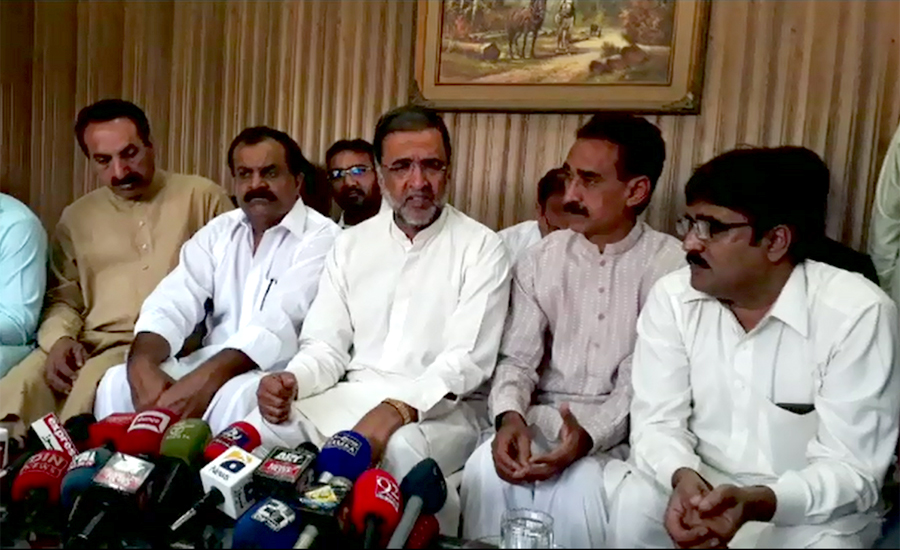 CHINIOT (92 News) – Pakistan Peoples’ Party (PPP) leader Qamar Zaman Kaira on Sunday said that the constitution does not allow meeting between country’s prime minister and chief justice. Addressing a press conference in Chiniot on Sunday, he strongly denounced Prime Minister Shahid Khaqan Abbasi for criticizing the Senate chairman and said that the PM himself was buying votes. “The prime minister launched an attack against the judiciary and Senate and now he himself was buying votes for upcoming general elections,” he said. He went on to say that PM Abbasi has distributed funds worth Rs65 billion among the national assembly members to buy votes. Taking a jibe at the former prime minister, the PPP leader said that Nawaz Sharif wanted to be the only one calling the shots. Kaira further said that that Nawaz lied while speaking in the National Assembly about his assets. “Supreme Court’s verdict states that Nawaz Sharif is a liar.” Kaira also expressed his desire that party chairman Bilawal Bhutto Zardari should contest general elections from Chiniot.